Bank Credit growth as of October 5 has slumped to 15.9%, which is close to a near term low. Bank credit is all the credit that isn’t to the government, so it really means private lending (including to public sector enterprises). 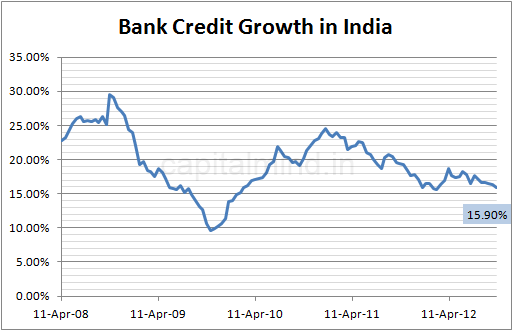 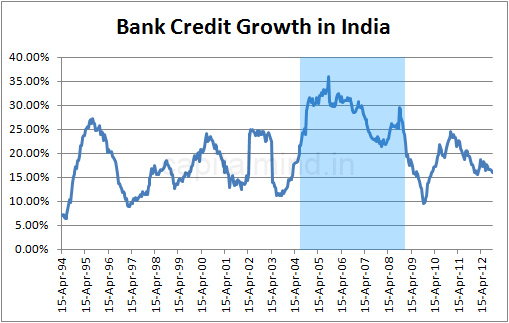 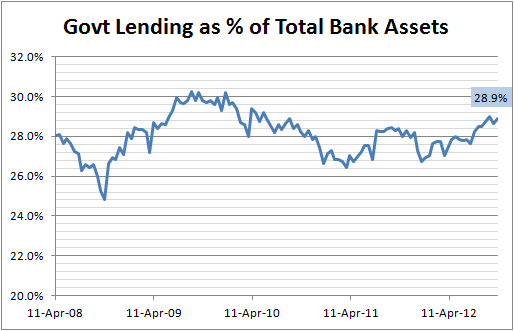 Again, the peak was in mid-2009, just before elections, when everyone was running scared. This corresponds with lows in credit growth overall. Here’s a 20 year picture: 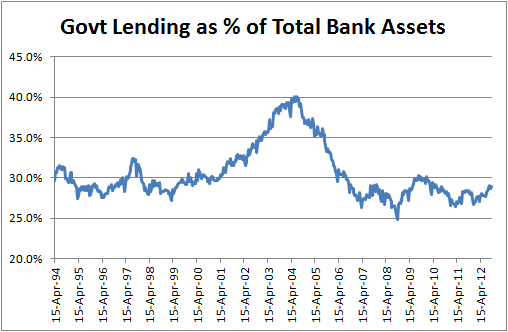 What’s different now versus a few years ago is that SLR – the Statutory Liquidity Ratio, or the percentage of total assets that need to be invested in govt securities – is now just 23% (since August 2012) versus being at 25% for most of this period.

The peak in 2004 is something I don’t have a ready explanation for, and while we are nowhere close to those peaks, the fact that we’re seeing a crowding-out effect now is a significant macro factor. Don’t link this to stock markets; this indicator is lagged at least six months behind, it seems. Falling bank credit growth and a greater investment in government securities indicates hesitation to lend, and coupled with a hesitation to invest, it will guarantee a slowdown.