September has been a fantastic month, returning 8.5% on the Nifty, only second to the great 12.4% return in January this year. This comes on the back of "unlimited" QE3 by the US Fed, massive easing by the ECB and the waking up of the Indian Government yelling "FDI! Diesel! Anything!". 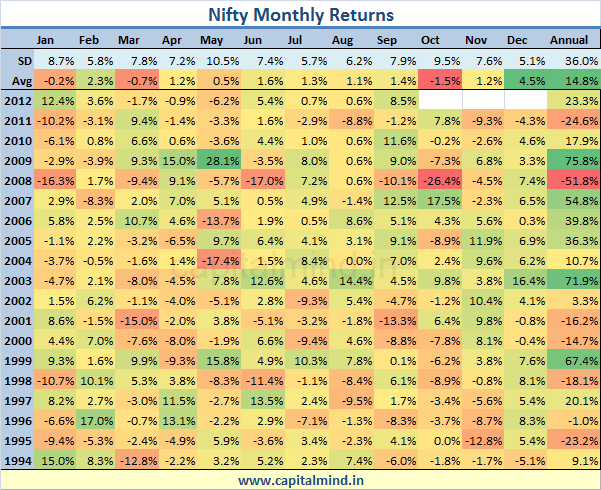 The Standard Deviation of the returns is way too high to produce an estimate of how returns will work out for the rest of the year, but here’s how the Nifty has done till September in earlier years. 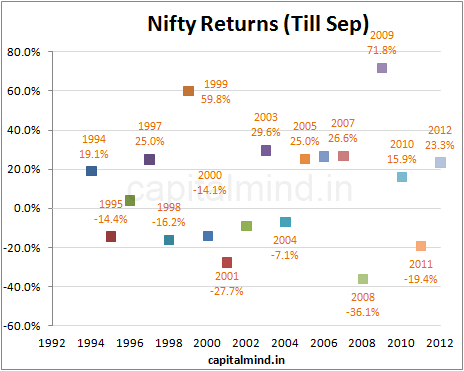 Since 2005, the returns of the Nifty till September have either been +15% or -15% or more (in absolute terms). The end-of-year return tends to – in most costs – mimic both the direction and the scale of the return till September. But there’s no reason for this – we have seen totally criminal Octobers (2008 saw a 26% drop in October) and awesome Decembers (2003).

The Sensex, with the longer history, has a comparative chart, with a 7% return in Sep 2012. 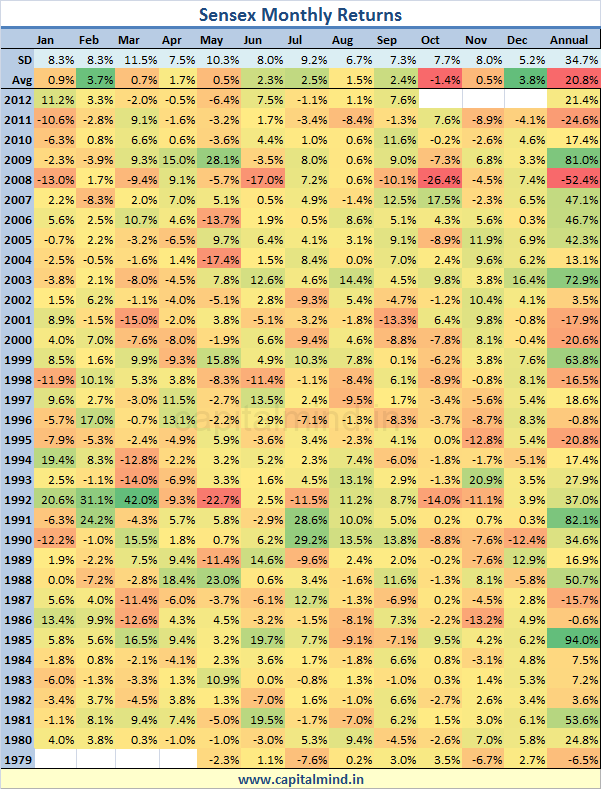