The Index of Industrial Production (IIP), a notoriously volatile indicator, showed up at +0.06% for July 2012, compared to last year. The trend has been down (if you remove the jiggles) over the last few months. 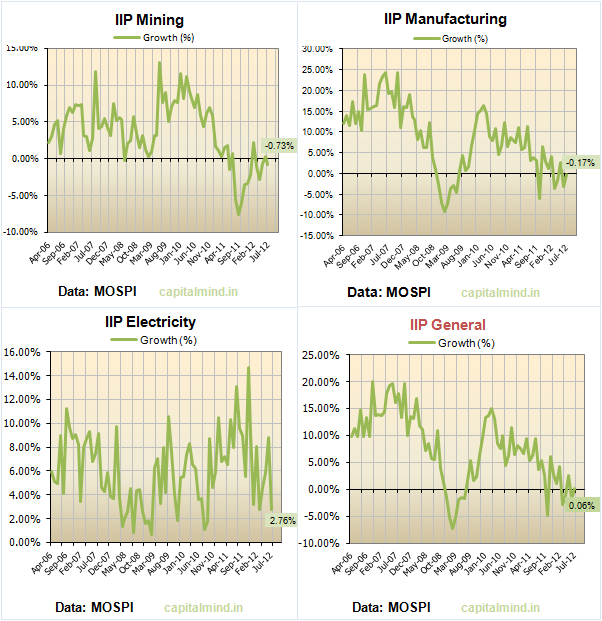 The index mimics the drop in the Manufacturing sector which holds a 75% weight. The rest – Mining and Electricity – don’t impress by growth either.

On a use-basis, here’s the split. 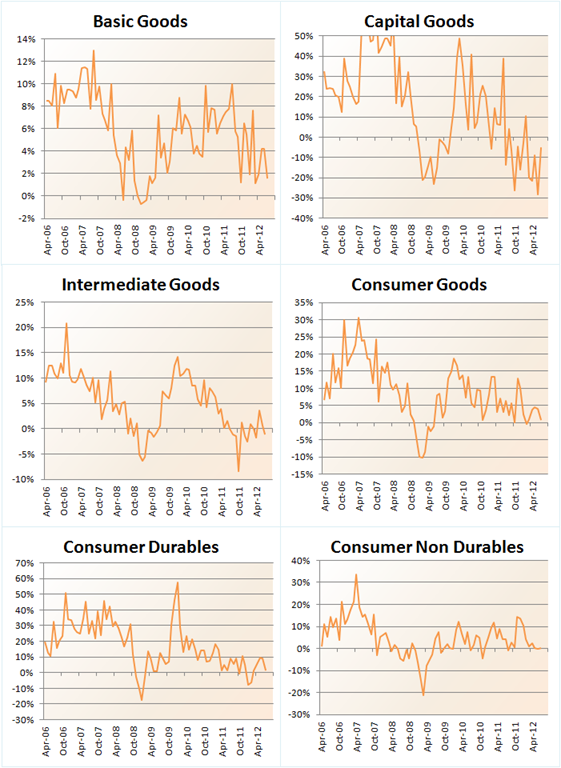 Notes: While the slowdown looks apparent, it’s important to note that the data is likely to be revised substantially later. In fact, the June data has been revised upwards (from -1.81% to -1.75%) but the bigger revision is in the April 2012 data, which was first released at +0.12%, then revised to -0.90% and this month, has been further revised to -1.26%.