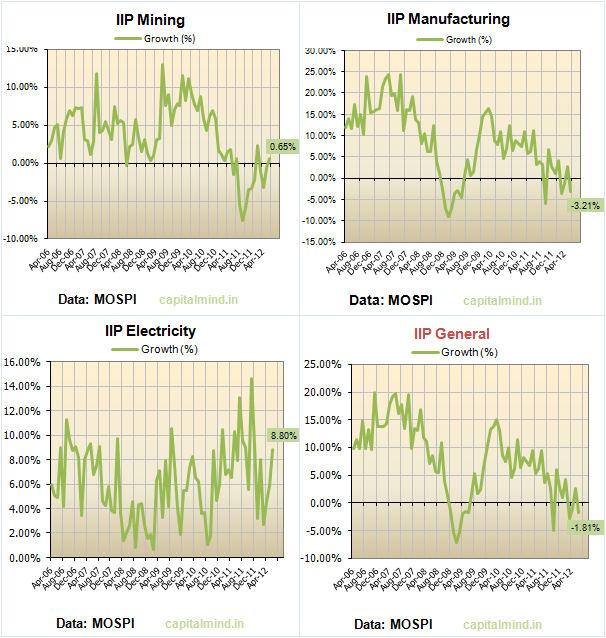 The downtrend continues in the yearly growth numbers. Electricity, though, has rebounded to 8.8%, and Mining has gone back to positive territory, though the biggest component, Manufacturing (75% weight), has fallen into negative territory.

However, looking forward, there is some hope from a lower base last year. 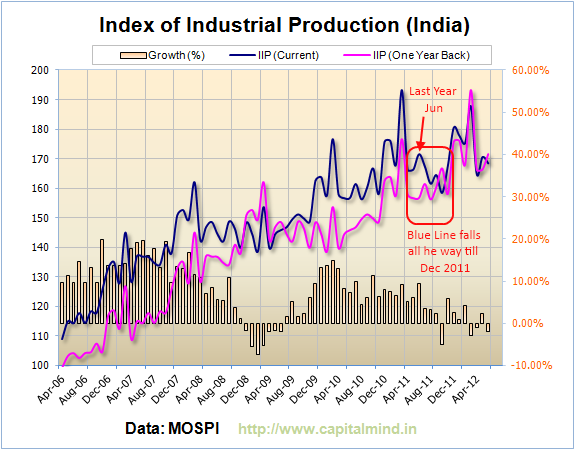 The Blue line is the index, and the pink one is a time-shifted line of one year ago. Notice that June was a local high and after that the index continuously declined till December. This will mean that if we retain current levels of Industrial activity we will see a positive number on IIP.

Yet, this theory has two major flaws. One is that industrial activity is seasonal and does tend to decline after July. So if that happens this year, IIP figures may still disappoint further on.

Second, these are IIP figures and currently as trustworthy as the Northern Electricity Grid. Their relation to reality is purely coincidental and not intended.

Anyhow, looking at the use-based indexes, we find that they make beautiful graphs. While durable sales continue to stay up, non-durables seem to have ebbed. On the rest, capital goods looks the worst, with a near 30% drop over last year.