July’s Consumer Price Index inflation showed that prices are still increasing at an alarming rate, even though the price change is less than 10%. Note however that these figures may be further revised later. 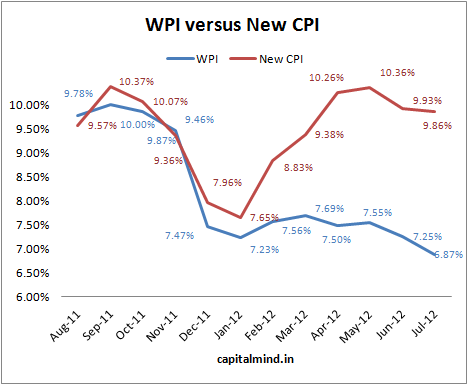 This is still way higher than expected. Figures for June have been revised downwards from 10.02% to a lower 9.93%. The figure is simply too high, especially if you look at components: 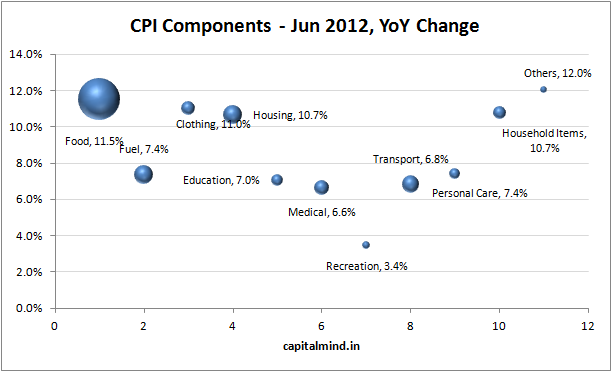 Food is at 11.5% which is ludicrously high. Clothing, Housing and Household items, and "Others", all go above 10%. Fuel and Transport – both linked, obviously – bring down the overall number but we all know that’s due to the government forcing the oil companies to hide the fuel price rises (and adding that to our tax bill).

The only positive is that urban inflation seems to be coming down. In the official numbers. Rural inflation still remains a concern. Overall, not very encouraging inflation numbers. However, markets seem to have liked them and have gone up 1%. I think that’s short term – the problem with inflation is that the longer it stays high, the more damage it does – and we will soon realize how bad the damage is.