Inflation based on the Consumer Price Index was a whopping 10.36%, announced yesterday, for May 2012. This is way higher than the Wholesale Price Inflation of 7.55%. 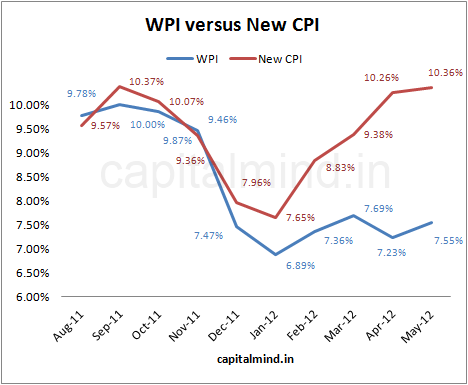 What has risen like crazy? Looking at the broad components: 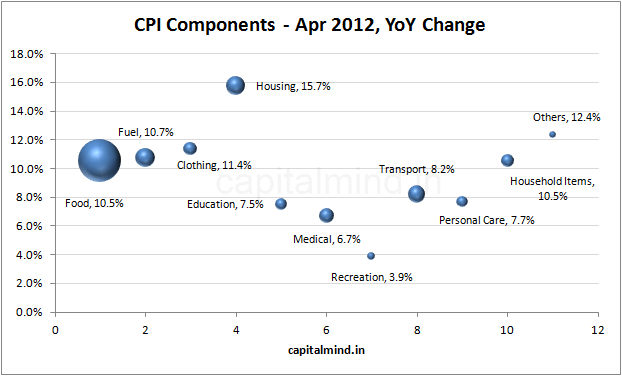 Housing remains at the top of the list with a near 16% rise, and this remains a key area of concern. Food and Fuel are quite strong at 10%+, and a substantial portion of expenditure has risen above 10%.

Rural does marginally better as prices in cities are moving much faster: 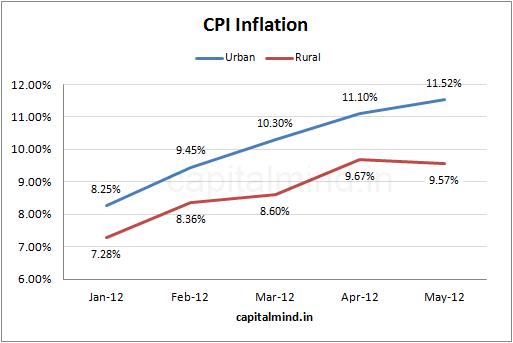 Much of rural inflation will come after the harvest, when farm yields will determine how prices move. Still, there is no "housing" index for rural CPI, so that 16% rise in a city is likely to keep urban inflation higher. 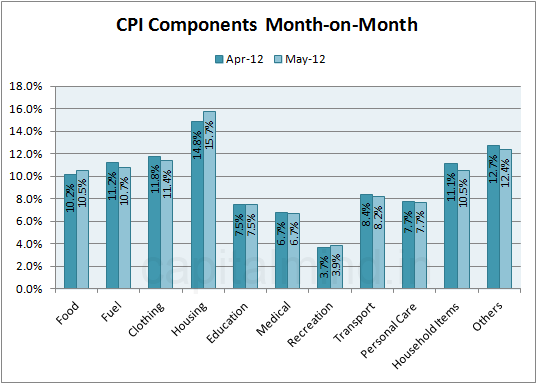