I was in a panel discussion on NDTV on Friday: Is E-Commerce a Bubble? 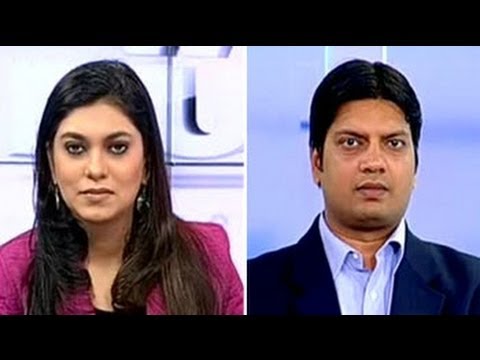 I got a little face time and wasn’t able to articulate all the thoughts I had.

Geographical reach: Everyone’s talking about Tier 2 and Tier 3 cities. Yes, people there have aspirations, and they have money. But they are also more sparsely populated (at least, the target population that has money). And they might need far more hand holding, and support costs. These smaller cities don’t scale as well as cities, and the costs (of transportation, delivery etc.) remain roughly the same. So while you might get coverage, a policy of "free delivery" is totally unsustainable unless you have high margins. And if you have high margins, chances that you’ll sell much in the Tier 2s or the Tier 3s is er, very low. Given that most of the e-commerce sites provide free shipping to any town, and still work on wafer thin margins, something has got to change to make this model work.

Losing Money: Yes, it’s okay to build infrastructure and lose money, but my question really was – are you making money on an operating basis? Many might say we make money on a per-transaction basis. Per-unit costs can be fudged – for instance, one of things Mahesh Murthy mentioned was an accounting drama in some such startups. A customer would be given a "coupon" which allowed him a discount of, say, 30%. If he used it to buy, the accounting would reflect the per-unit transaction as (FULL Sale Price minus Cost Of Product). The discount, they would say, is a way to try and retain the customer long term, so that cost should be spread across, say, three years.

This is a load of bull, because customers that buy on a discount, for the most part, do not buy in the absence of a discount. That means you can sell to them today with a discount coupon, but they’ll just leave if you try to charge full price tomorrow. Data will show this is the case, and from personal experience this is definitely the case. I’m not even loyal to my local vegetable vendor when I can get a bigger discount in a wholesale market, and that applies to most of India. The discount amortization theory is simply garbage.

In that vein, per-unit accounting might show a profit for some startups, but the reality may be different.

Plus, if your infra costs are just going up forever, and you never turn a profit, does it make sense as a business? See airlines. Or some hospitals (Fortis/Wockhardt). Or infrastructure players like GMR. Or most large media channels. There’s enough interest, but there’s no profit. That wheel turns as long as the lubricant of liquidity is being poured on.

Amazon: Amazon listed in 1997. In early 1998, it had about $147 million of sales, was making losses, and about 600 people handling about 2 million customers. The valuation was around $1.25 billion. Flipkart is valued at close to the same (though they have over 4,000 people and hearsay is about $100 million worth of turnover). This took three more years to go bust; Amazon went on to a market cap of over $40 billion before 2000. Bubbles can last incredibly longer and go much higher than you think.

The downside – Amazon’s nominal price (that is adjusted for splits etc.) did not cross it’s 1999 high till….2009. Since then the stock is up about 130% or so, but for 10 years it didn’t do anything. Even now, Amazon has a P/E of 187 and a forward P/E (assuming estimates work) of over 88, with a mere 3% profit margin ($1.2 bn on a LInkedIn has a 700 trailing P/E and a forward P/E of 90. Much of the forward numbers are guesswork. And if you look at Amazon, it has grown, just that valuations have been way ahead of themselves.

The deal is – if you want to be Amazon, you have to get those ridiculous P/E ratios. Like LinkedIn. Or Facebook which will come.

Listing: At the 500 cr. turnover level, players should be listing themselves in the Indian stock market. It’s entirely silly because we thirst for quality players and detailed numbers. If these players are doing the right things, they should go public now (or should have already gone public). But they aren’t doing so – and I hope the reason isn’t that their numbers are not in any shape for disclosure. Should they list, I have no doubt they will also get the 90 P/Es etc. I will even buy some of these players if they shoot through the roof – no point missing a great return based on an opinion of profitability. Will exit just as quickly.

Competition: I’d mentioned toys are an unsatisfied niche but it turns out Infibeam and FirstCry have a section. Of course, I would say they need much more – the long tail of toys, if you may – but perhaps I should stop saying that toys are not being addressed.

Bubble or not? Who cares. You and I get great deals at low prices. Some random investor will lose money on a per-unit or company basis. Do you give a damn? I don’t. I bought my TV at a mall which offered me a Rs. 200 price lower than Flipkart. You know why? Because it doesn’t make any sense to buy from Flipkart when I have a better price for the same darn TV. This has applied to mobiles, to airplane tickets, to books even. Eventually, yes, some players will die and prices may go up – but I can count on the ingenuity of startups to find more investors and lose their money by giving me further discounts. The telecom and airline space are great examples of this.

But bubbles are all about valuation. It doesn’t matter if people in Tier 2 or Tier 3 cities are a great market, or if the Indian consumption story is the next big thing. No one’s arguing against that. It’s just that the valuations given to startups who are trying to attack this place are ridiculous. Consider that Pantaloon Retail and Shoppers Stop are valued at far lesser than $1 billion today, though they have way more customers and Pantaloon is making profits today; online site valuations might just be getting way ahead of themselves. Still, without even a single Indian e-commerce player listing (and therefore, us knowing about the finances) we can’t really call it a bubble. It might have some time to go.

There were too many illustrious people on the other side, and my credentials in the e-commerce business are approximately zero, in comparison. So pinch of salt and all that.