Reliance Industries posted its results last weekend, and they weren’t quite as good as the street imagined. Let me talk less and chart more. 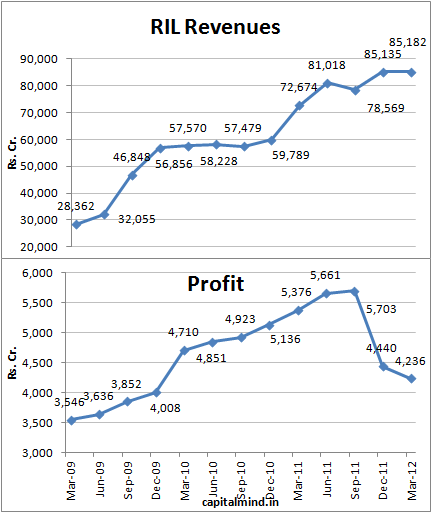 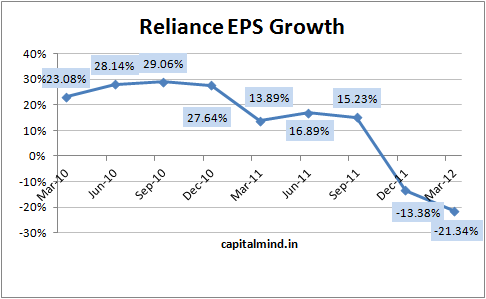 While revenues have flattened, margins have gone down considerably, as inflation seems to have hit their bottomline in a big way. And if you’re wondering, the big impact is not high interest rates. (More on that later) 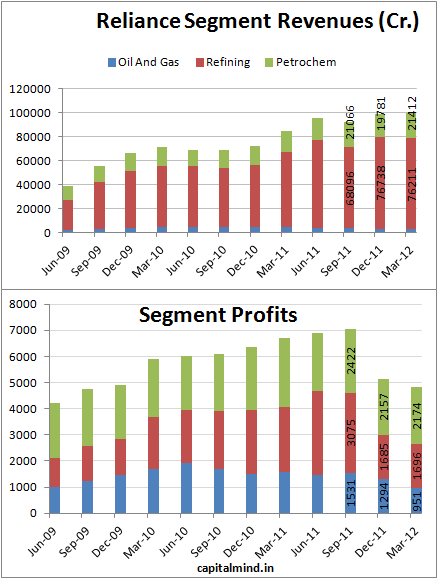 Gas and Oil production continues to go down 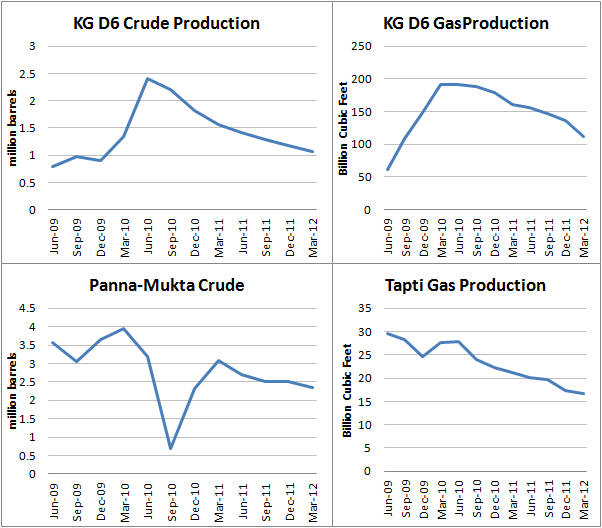 Well, the picture says it all.

Of course, this is a hugely regulated sector and Reliance has to sell its output at government mandated prices ($4.2 per BTU for gas, for instance). So if the international price is higher, Reliance doesn’t have the incentive to try really hard to get much gas out. (Courtesy an interesting discussion with a friend today)

Even with the bleak profit picture, refining margins grew. 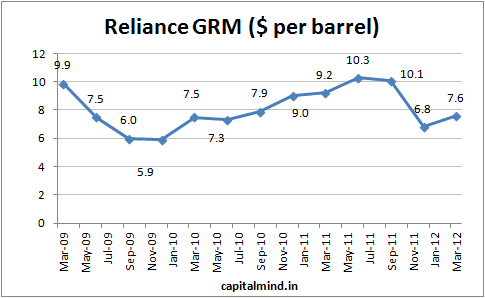 The lowest margin business – petrochem – has seen flattening production with next to no rise. 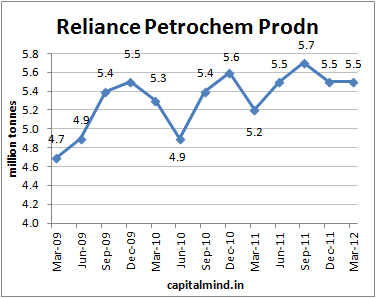 Cash is now higher than Debt

With a debt of 68,000 cr. (680 bn) and a cash hoard of over 70,000 cr. (700 bn), Reliance is debt-free if you look at things that way, but that is only for the "I-was-born-yesterday" kind of people. A company is only debt free if it has no debt. If Reliance is earning more from its cash than it pays on the debt, then that is arbitrage which honestly is what banks do and a bank will NEVER be called a debt-free business. 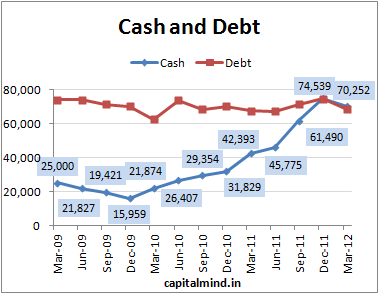 There is a good chance that these loans are borrowings from abroad or long term bonds which can’t be bought back easily. Also debt is useful to have if you can service it. Interest costs were about 768 cr. (7.68 bn) which isn’t really quite that much. You shouldn’t think of this as "debt-free", but more like "cash greater than debt", which clarifies valuation.

Overall, this is a disappointing result but the stock continues to stay strong at 740. They are buying back shares from the market  – upto Rs. 10,000 cr (Rs. 100 bn) at a ceiling price of Rs. 870 – of which they have now done about 400 cr. worth, and bought back 52 lakh shares (5.2 million shares). This might be the reason the stock held up, but we’ll have to see how this pans out over time.

Not looking good, Reliance. But you’ve shown in the past that it’s not a good thing to go against the behemoth that you are, will you do it again?