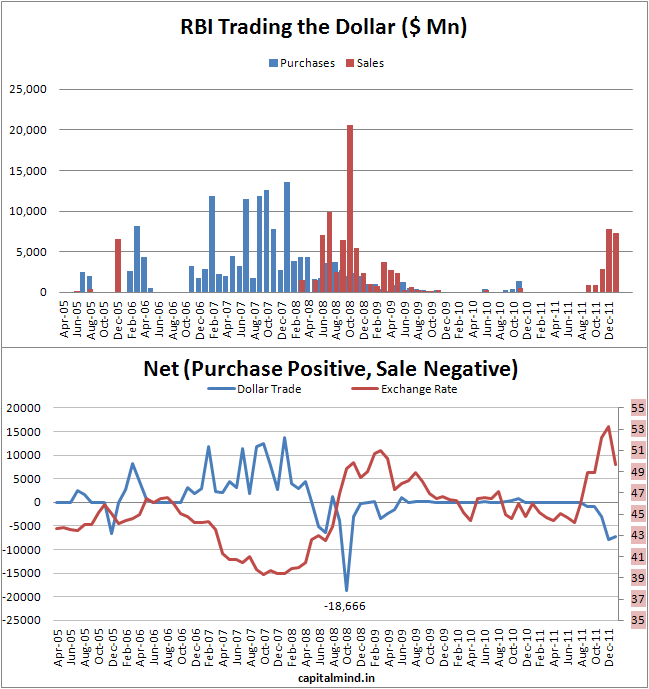 On a cumulative basis, this is substantial but nothing compared to the amount the RBI bought in earlier years: 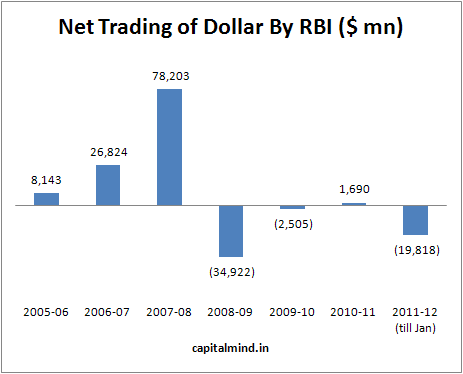 So this year isn’t great in numbers, though it’s much higher than the last two years. The difference really is that in 2010 or so, the RBI had sworn to not intervene in the forex market, but it did.