2012 has seen some amazing Tuesdays, and today was no exception with another 1.1% on the indices. There’s a strange thing happening on the second day of the week, it seems, though much of it was concentrated in the first few weeks of the year. 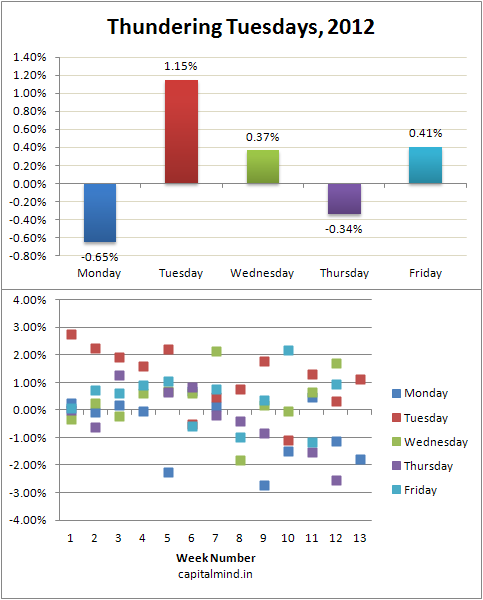 There have only been two negative-return days on a Tuesday this year.

In that vein, we have also had some Manic Mondays, with the average return on the day of the blues being much worse than the rest.

Don’t read too much into this. It makes for a great chart, but a horrible trading strategy, because in the long term things might even out.