The great monthly chart shows Nifty and Sensex Monthly Returns since, well, since a long long time. December, despite historically being a great month, went down -4.3%. 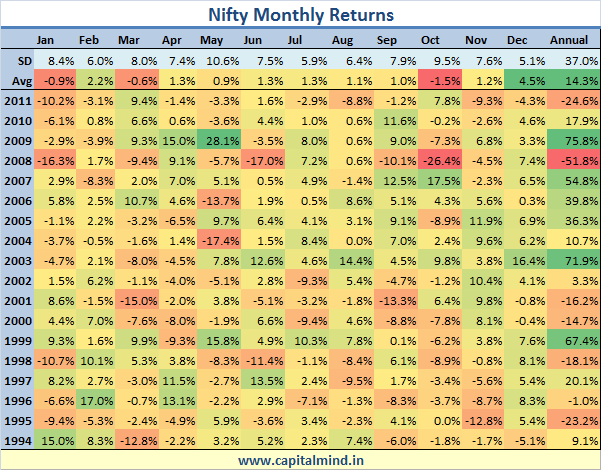 The Sensex too has had the second worst year ever: 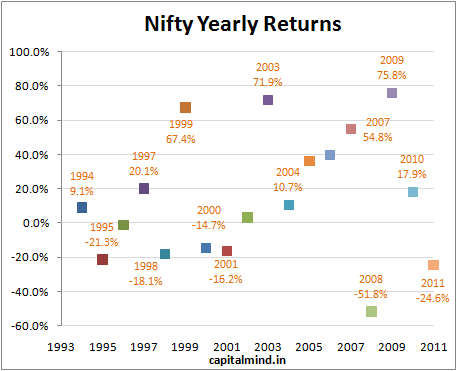