Look at the Monthlies: As @chondhe points out on twitter, December has traditionally been good for the Index, with the last negative December being way back in 2001, and that too less than 1% down. The only bad December for the Nifty was 1994 (but that was the year it started!) The Sensex has however seen a –12% December in 1990. 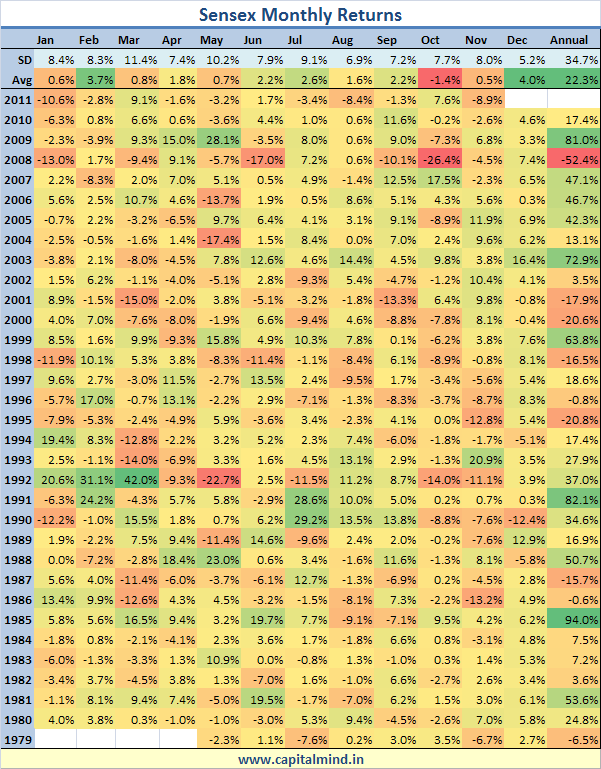 But then, like I was saying, this is quite big on tail risk – that there’s hardly anything special about December other than that FIIs run away for Christmas. This time, I doubt that also happens as the Greek/Italian/Spanish messes unravel on a weekly basis now!