Market Capitalization to GDP isn’t really a comparable figure, since one is a measure of wealth and the other dynamic measure of transactions in a year. Yet, it’s useful to see valuations in comparison with where they were earlier. 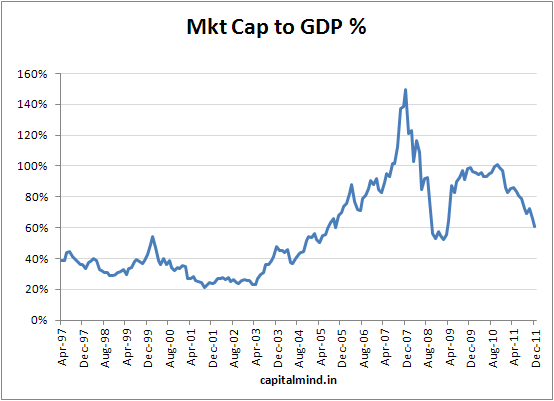