The month of October is nearly the end of the year, and it turns out we are way below where we were in the beginning. We have the second worst performance, year to date, since 2001 – the worst being the worldwide crash of 2008. 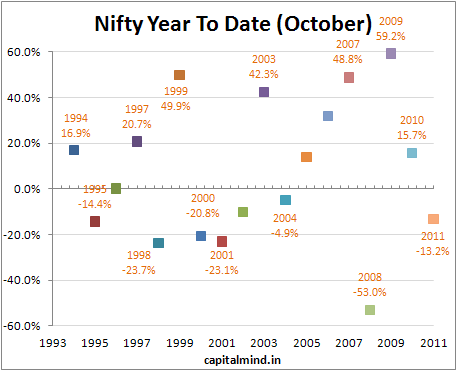 In fact, in the last six years, since 2005, this is only the second NEGATIVE year-to-date return for the Nifty.