Just last week the markets were close to a new 52 week low, with the Nifty looking weak at 4751. With the markets closed on Thursday, it has taken just four trading days to recover the 5000 mark, and surpass it with ease; the Nifty closed at around 5100 today. 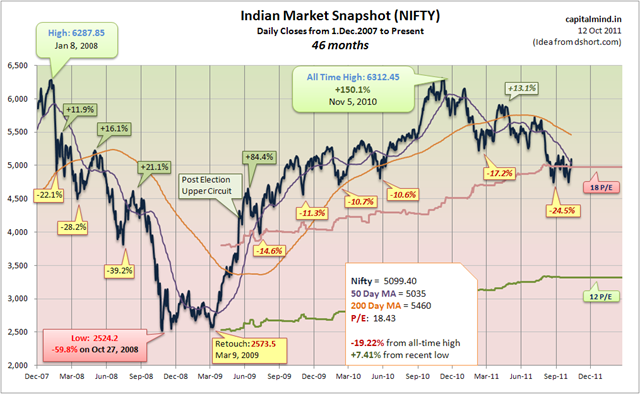 The market moved up despite weak IIP numbers, and it went past the 50 DMA with ease. The sector moves shows a story: 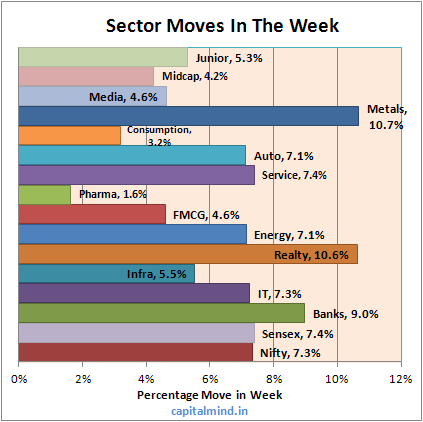 You’ll note that the sectors most battered on the way down have recovered the most. Unfortunately, this is a sign of a “bear squeeze”, which is removing the weak bears with a rally so strong it looks like a reversal. The key area of resistance is the 5170 area which is now just 1% away and will need to be broken to show strength.

Disclosure: I’ve been short since Monday, which is probably a sign of stupidity. But it was kept with the 5167 Stop Loss in mind, so I’m just fighting the feeling of “just exit dammit”.