With a rise this spectacular, what’s in store for us? First, let’s look at my proprietary Net Stocks Above MAs indicator. 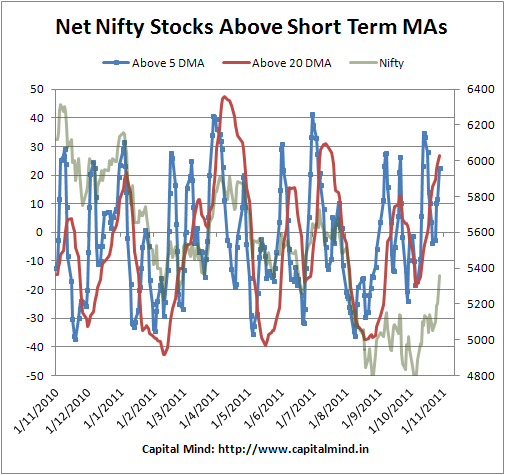 The series is reasonably helpful in identifying major bottoms, as it reverses direction. Yet, it’s not exact – the indicators turn either before or after the market turns, mostly a little bit after.

Both the 20 and 5 DMA lines are sloped up and a reversal is likely only when they move down.

Other trading indicators would involve a long term Fibo retracement from the lows. 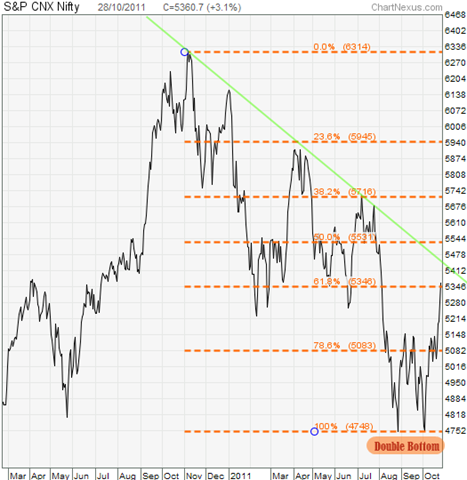 We are at the retracement level of 61.8%, which might mean traders take a little off the table. Note that the next trendline resistance is around the 5450 point, another 2% up from here. This coincides with the 200 Day Moving Average which has been a resistance earlier.

Finally, there’s an interesting Gap below: 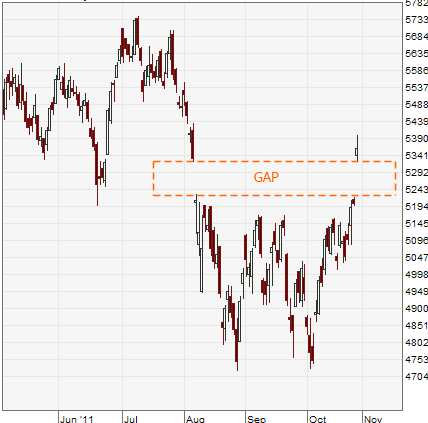 If we go back into the gap, I would then expect the gap to be closed, that means a support level of 5200. This can take months to happen, don’t salivate just yet.

From a trading perspective the index looks set for a minor upmove, and then a consolidation as a step down.

Consider that news might only be positive – the Fed won’t raise rates, the ECB might actually cut rates, and the US indicators will only improve. The bad news pieces are unexpected but on the cards:

Stay nimble. It may not be useful to be short unless you have guts of steel; bear market rallies are very very sharp.