Most of us consider “long term” as anything greater than a year. In that context, not only is five years long term but it’s also the kind of term you think, as an investor, that your investment should be giving you a good return.

I mean the reason you invest in stocks is that in the long term, they make you money. Even if in the short term, they can lose you some serious cashola.

So let’s test this theory in the 5 year term: 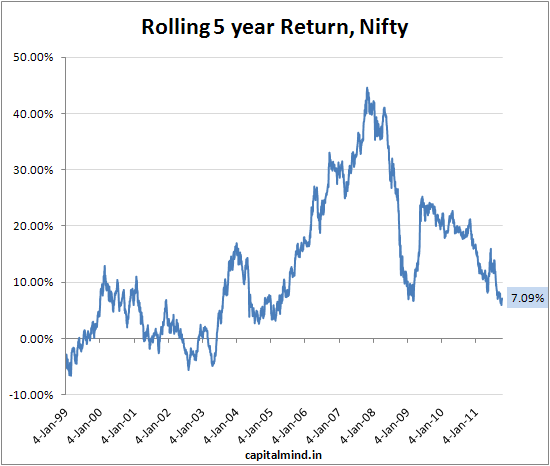 I’ve taken the Nifty against its own value 5 years back, and calculated the compounded return, repeated for each day since 1999.