Yesterday’s Chart Of The Day showed the Rolling Nifty Return over five years, and in response readers have requested that I check what it means to have done an SIP instead – a fixed amount invested every month. Here we go: 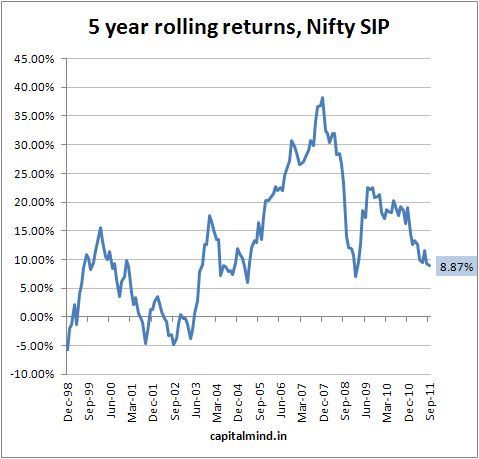 The average return is 13.11%. We are currently at 8.87% versus the 7.09% that we saw with a pure lumpsum approach. This is quite a lot better, since over a long term even a marginal percentage difference makes a lot of money.

The next request was that I consider dividends as well. So I’ve plotted all three – the Lumpsum, SIP and SIP with dividends reinvested option. 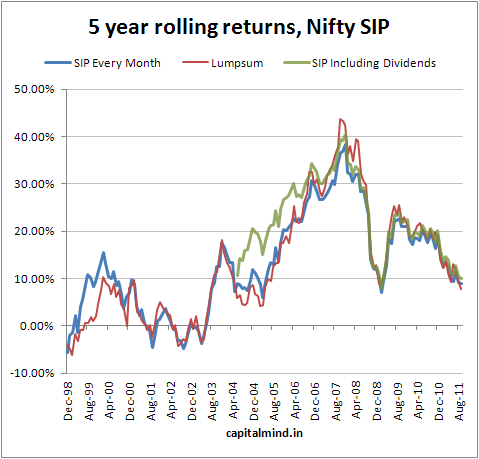 I’ve considered data only till September end. Dividends considered using Nifty Total Returns Index, where data is only available since 1999. Dividends in the early part of the last decade were higher than later, it seems.

SIP with Dividends: most recent five year return is 9.94%.