India gets a lot of money from remittances abroad mostly from expats who transfer money for families back home. How much, really, is it? 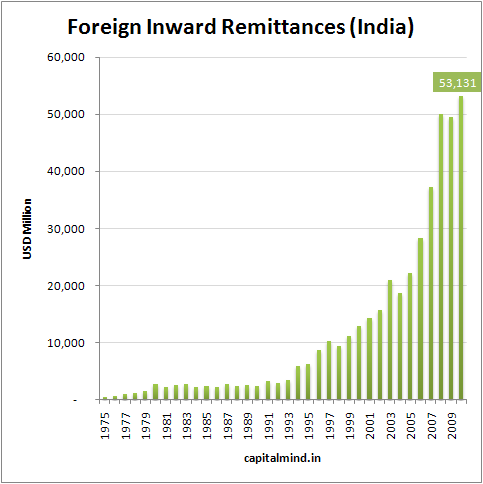 More than $53 Billion dollars was sent home last year (2010). The money helps fund our trade deficit (we import more than we export). But how much? As a percentage of the trade balance (data from RBI), and using the rupee dollar rates (again from RBI) we have an interesting chart: 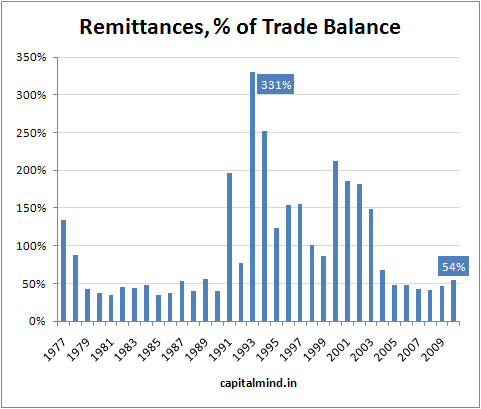 More than 50% of our trade balance was funded through remittances (which are a part of inflows from abroad, the others being exports and FDI/FII investments). This is the highest since 2004, but the 90s were much more, at above 100% most of the time. The 1993 spike was when we had to beg for any money that was available.

Now consider: If the developed economies hurt, then people there will make less money, including our dear expats there. What happens when remittances slow down?