Today’s chart compares the index movements of various international indices, and plots the NSE Nifty in them. The best performer has been the S&P 500 (US) which has lost just 3.3% in the year to date. The worst performers have been the French CAC and the German DAX, which have lost nearly 20%. That, considering both the indexes were outperforming and indeed, positive for the year in July. The Euro crisis has taken with it the strongest countries – proving perhaps that you’re only as strong as your weakest link. 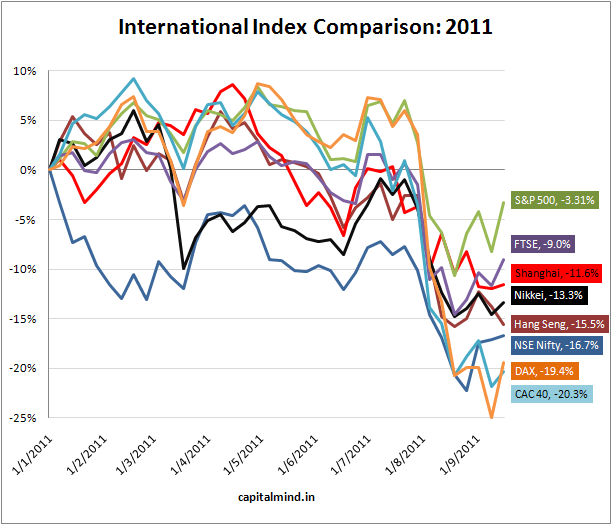 India comes a third, doing worse than a Shanghai (which is decidedly slowing down) or a Nikkei (which has been battered by the Tsunami and aftereffects, though not as much).

A BRIC comparison is also useful (Yes, I know I said just one chart. I need to get more disciplined): 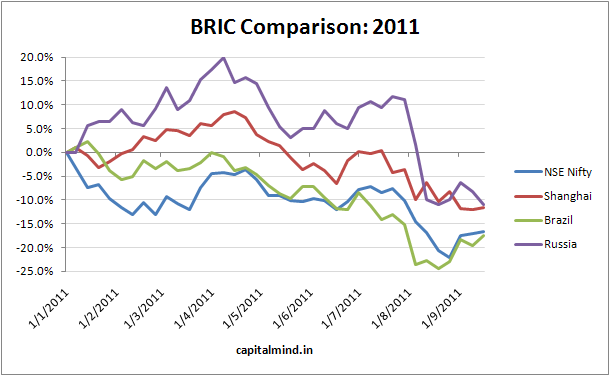 And finally, an Asia comparison. NSE is the worst of the lot: 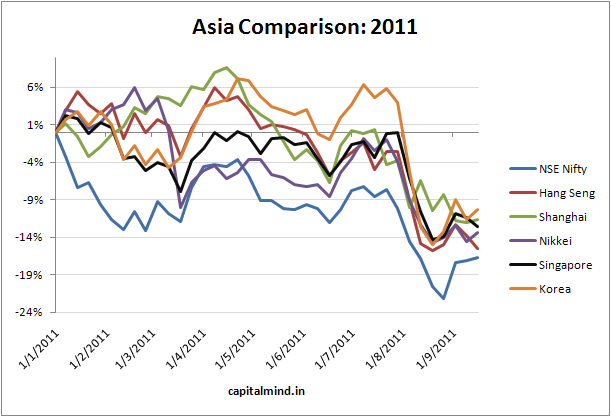 (To advertise: email sales [at] capitalmind.in)