The monthly release of inflation data pointed to a sustained high rate at 9.78%, up from the provisional 9.22% last month. (Data from the Office of the Economic Adviser) 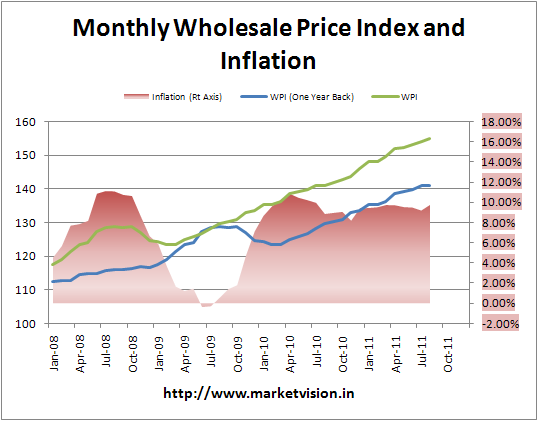 Broken down into components, August Inflation sees an increase of all three major components: Revisions: Past data is revised after two months. Revisions for June 2011, which saw a first released number of 9.44%, came in at 9.51%. This is the lowest difference in the recent past. Markets have taken the news positively and instantly gone up. It might be short covering as markets expected more of a rise in Inflation.

Given this data, it’s unlikely that RBI will pause the rate hike process; even the recently noticed moderation in the numbers has been reversed.