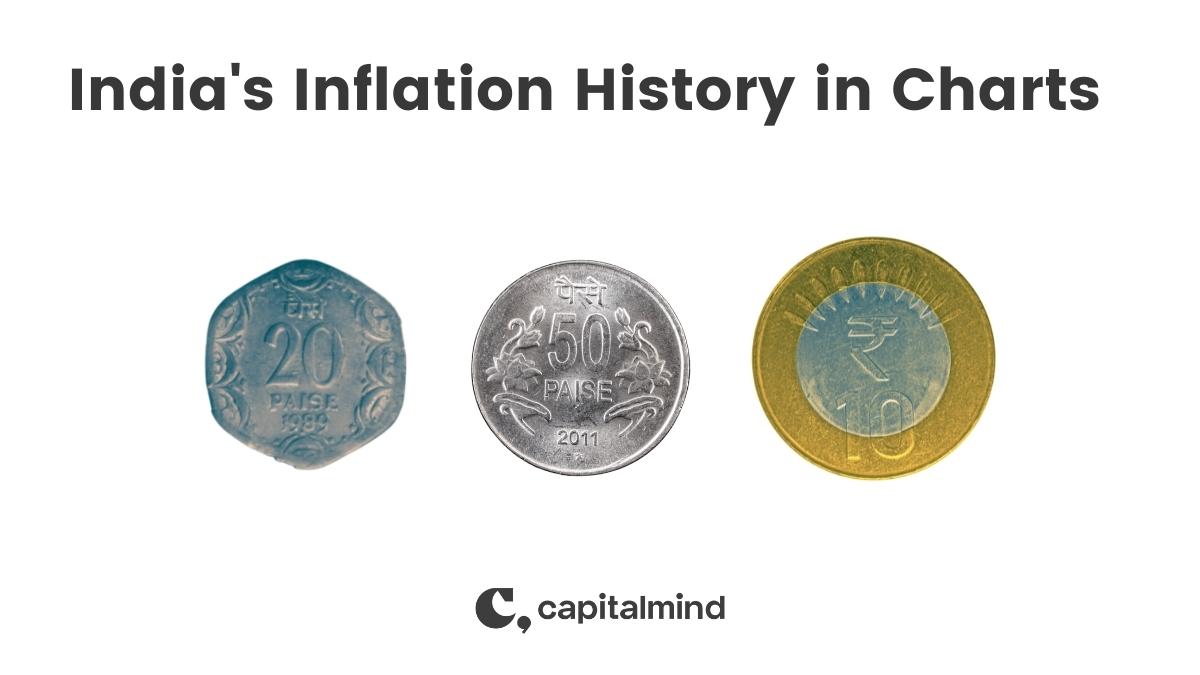 India has seen both high and low inflation, and plotting the graph since 1953 puts things in perspective.

The Chart: Inflation’s History in India

If you can't see the visualization above, here's a static image: 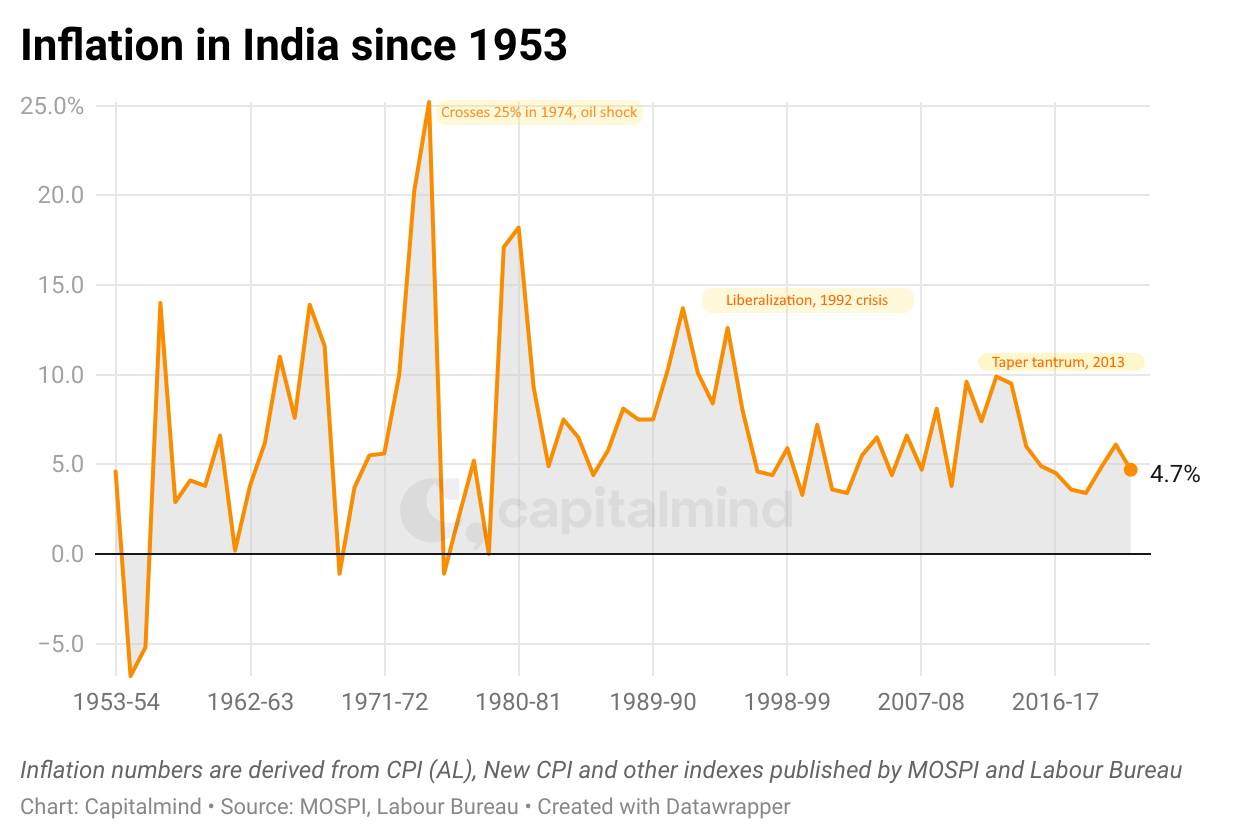 In the early days of the Indian republic, other than 1956, inflation stayed at a controlled level below 10%. No one could even set their own prices, since everything was government controlled. At some level integration issues would have given rise to price validity problems as well.

In the 60s, we faced spiky inflation as wars hit our economy – the Chinese war in 62, and then the war with Pakistan in 65. Prices of wholesale goods spiked and after India devalued it’s currency, things got slightly better, with inflation going below the zero level in 1969.

This is why, in all pubs in India, it is mandatory to play Bryan Adams’ Summer of 69 at least once. Someone needs to fast to get this rule removed.*

The 70s saw the great oil spike which led to extremes in inflation – the Emergency calmed things down because let’s face it, you don’t raise prices when Sanjay Gandhi’s threatening to cut off people’s private parts. After ‘77, when the emergency was lifted, prices spiked again, and spiked to over 18% in 1981-82.

The rest of the 80s were about benign inflation as rules were eased, slowly, over supply and prices. But government control flourished, with manufacturers being told how much of any commodity they could produce, how much they could increase capacity by, every year. Rahul Bajaj had (earlier) famously increased capacity beyond these limits, because there was a 10 year waiting period for a scooter due to the controlled pricing and supply. Reliance Industries was “caught” by Indian express reporters for having more than their licensed capacity, an artificial and in hindsight, ridiculous constraint.

Inflation spiked again in the 90s as India devalued and went through a payments crisis. The liberalization of the early 90s helped keep inflation low as supply pressures eased, and productivity increased. But even through the Russian crisis, the Asian currency crisis and the downturn after the 2000 dot-com bust, Indian inflation remained above zero and didn’t spike into double digits.

The 2008 oil price rise saw inflation temporarily go into double digits (not reflected in annual numbers) and interest rates went all the way to 9%. The Lehman bust then took inflation down to very low numbers in 2009. As the elections removed the left from power in 2009, the subsequent recovery then took inflation back up vigorously, and it has been above the 8% mark since.

In 2013, there was the taper tantrum. The US Fed decision to taper their purchases of debt, caused the rupee to devalue to Rs. 68 to the dollar, with investors pulling out. Inflation (mostly because of higher rupee cost of imports) went through the roof at 9%+ until Subbarao raised short term rates to 12%, and then Rajan followed up by raising overall repo rates to higher levels.

In 2014-15, the major crude oil price crash resulted in inflation falling to below the 5% mark, ending closer to 3%.

The Covid crisis in 2020 took the rupee to a USDINR rate of 75, and with supply shocks all over the world, inflation moved up to 6% again, before cooling down to below 5% in the subsequent year.

Inflation's had a long journey in India, and we'll chronicle more of it as we move along.

* In the extreme event that you take this bit seriously, don’t.