The last two trading days of August brought a 5% rally on the markets, to close down only –8.77%, with the P/E inching over 18 (Historical, Standalone). The recovery still 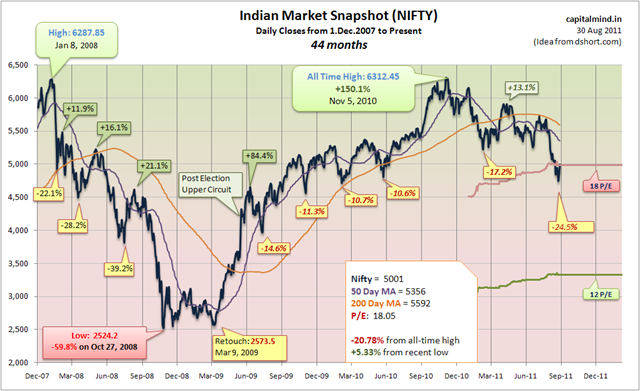 Sectorally, the stocks that lost the most were in the Realty space, down 15.6% while IT came a close second, down 14%. FMCG and consumption did well, being the only sectors down less than 4%. 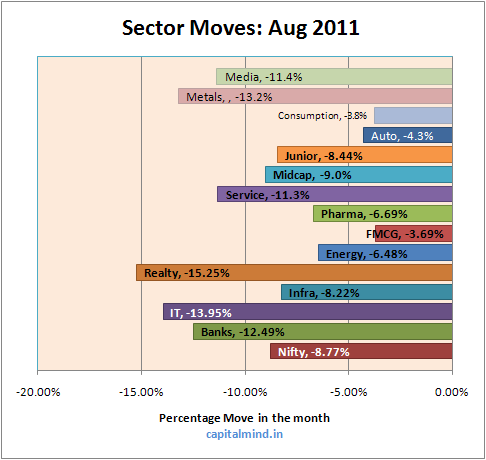 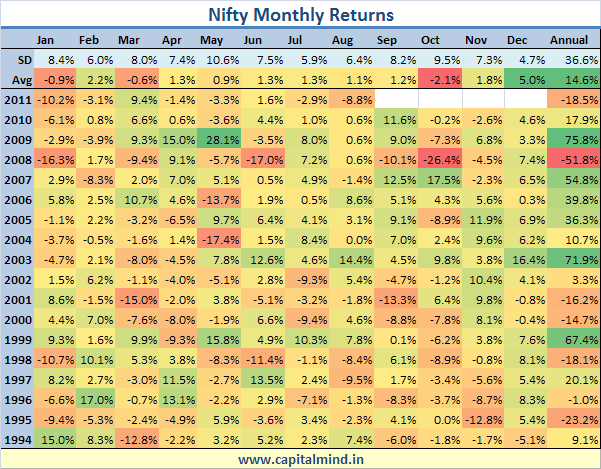 The year to date performance has been –18.5% which is the third worst ever for the Nifty, following the disastrous 2008 and a wicked 1998 (Asian crisis). 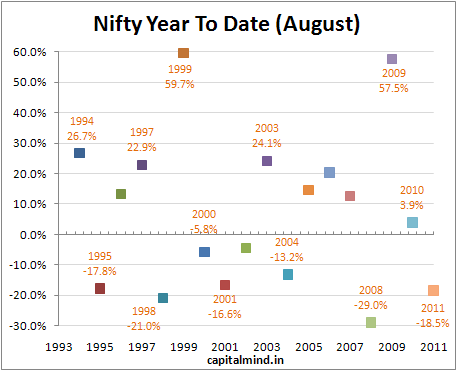 The Sensex data is also available:

(Yes, this deserves a monthly article. Thinking on those lines at the moment).