(From my column at Yahoo)

Are we in control of our own decisions, asks Dan Ariely, in a TED talk. He demonstrates how irrational our brain is, showing people this picture and asking them to identify the two colours in the picture below. 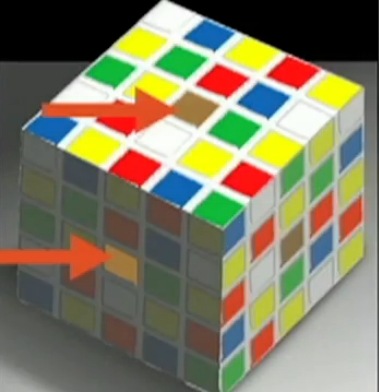 The crowd responds, as it must, that the colours are brown and yellow. Yet, if you remove the influence of the rest of the colors, then you see: 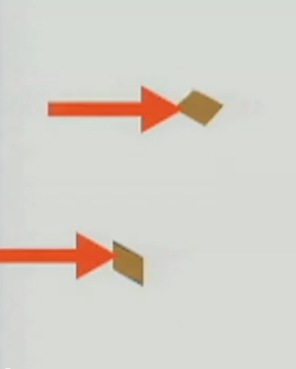 The incredible thing is that if you look at the first picture again, it’s like you haven’t learnt anything — you still see different colours.

Another optical illusion is the Checker Shadow Illusion where the two squares in A and  B seem to be of different shades: 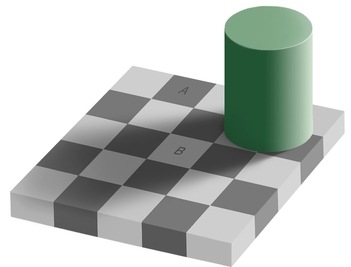 But when you isolate the squares:

One problem we face is in first accepting that we can be wrong, especially when we’re seeing it with our own eyes. But the real issue  isn’t being wrong — it is in the impact of being wrong.

In his latest book, Adapt, Tim Harford mentions how success starts with failure. That is, because we have the leeway to fail, we make more attempts and then get to a successful point. Much of evolution is like this — animals less physically geared to survive simply die, and survivors get to carry their genes forward. It’s what made porcupines develop quills, giraffes develop longer necks and it’s what made flatfish, well, flat. Evolutionary responses meant that porcupines without quills were eaten by predators, so the ones will quills survived, and the next ones developed more quills and so on.

But some porcupines had to die. The “wrong” porcupines, in this example, ended up being dinner without their being able to do much about it, and while their death contributed to the evolution of a fascinating being, they can’t have been too pleased about it.  If being wrong is a given, then does the penalty have to be this severe, for real progress?

The answer lies in failing only as much as will not kill you. You fall, you pick yourself up, you learn, and you get better. You don’t learn to walk on the edge of a precipice; the cost is too high. You don’t play Russian roulette. You learn to swim in shallow water. Failure is inevitable, but the cost needn’t be high.

This is why “Too Big To Fail” is a problem. When you’re too big to fail, you simply cannot evolve. In 2008, the banks in the US were tottering, and even when they were identified as simply being too greedy, their failure would have put the entire system at risk, we were told. So, in a truly capocialistic way, the US decided to rescue the banking system through bailouts and “Quantitative Easing”. This comes back to haunt them, as banks and mortgage companies have now resumed bad behavior. The moral hazard of rescuing these banks is a result of a lack of evolution — after all, if bad practices don’t result in death or damage, why not continue them?

Today, that situation repeats itself in Europe. After knowing for over a year that Greece was way overstretched, the European Union now faces a crisis where the rating agencies have found that: Greece is way overstretched. And it’s not that Greece can’t default, it’s that the default will make Portugal default, and hurt Italy and Spain and Ireland, and perhaps end up destroying the Euro itself. But to not rescue them involves putting more people in jeopardy — the risk, which currently rests with many banks and private funds, will move to public accounts and thus, European taxpayers. The cost of failure is too much, and the EU already too late to do anything but choose between a bad alternative and a much worse one.

The issue is that they let things get too big to fail. With banking this is avoidable — unlike what people might say — by tweaking regulation and ensuring small failures, like RBI has done with the likes of GTB, or is trying to do with a Sahara. Even minor regulatory tweaks help, like the RBI’s recent notice that banks must not invest more than 10% of their net worth in short term mutual funds, who were in turn investing in bank deposits, which were then reinvested in the mutual funds, and so on. Breaking the cycle before it gets too big is key to avoiding the TBTF mess.

Too big to fail often implies “Too Big To Maneuver”; it’s difficult to change direction because you have the weight of what currently exists. US Banks can’t change track because so much of their capital is stuck with bad loans (which they pretend aren’t as bad as they really are). They removed their own flexibility by taking that risk — short term profits instead long term  sustainability — and now suffer. One way to get out of this is to chop up the banks into many smaller pieces so they can adapt better; as is the way with rogue European countries that will do better if they simply leave the monetary union.  In the absence of that option of cutting banks down to size, failure is a given; we can only bicker about when.

The more you *can* adapt, the better you are likely to recover from a bout of being wrong. ULIPs had serious problems earlier; they were much worse than other comparable products, even the simple combination of separate insurance and investment purchases. But one serious issue was that you couldn’t get out easily; even if you realized midway that the product wasn’t doing well, you had to last the distance, or lose much of your money. In effect, they made it difficult for you to be wrong.

If being wrong is a given, then we must focus on how failures should hurt us less, and that we should have room to adapt, and continue. Remember, if you don’t bet, you can’t win; if you lose all your chips, you can’t bet. (Larry Hite, in Market Wizards)