Henry Carstens from Vertical Solutions has a Little Book of Trend Days, where he describes trend days as:

a day that opens at one extreme (the top/bottom 20% of the day’s range), closes at the other extreme (the bottom/top 20% of it’s range), moves at least 10 points from high-­‐to-­‐low, and has greater range than the prior day. 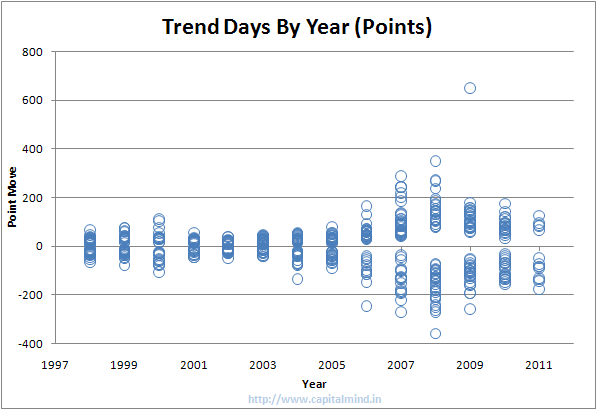 The symmetry is incredible, around the zero line. This is by the number of points the Nifty moved, which may not be that accurate for the Nifty has gone up 6 times in the meantime. So: 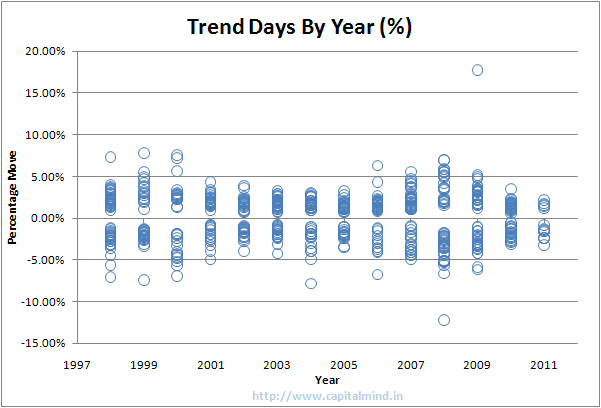 The percentage changes seem to have been pretty wide and almost evenly distributed both north and south of the mid-line. the Lone “star” above the 10% line is the post election result dramatic circuit move in 2009, and the long point below the -10% lines is the massive lower circuit move in 2008. Plot 3: Frequency – or in this case the number of days to the next trend move (a 10-point moving average) 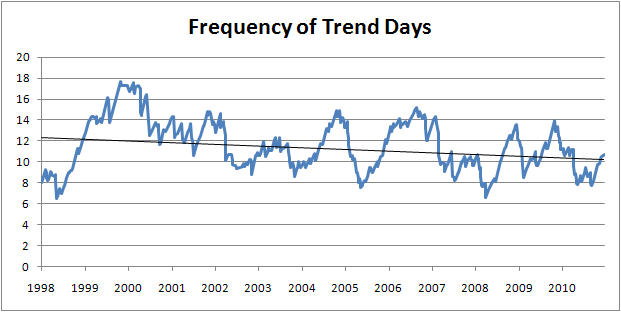 While the overall average is about once in 11 days, the

Plot 4: Trend Day Range as a Percentage of the Prior Day’s Rate 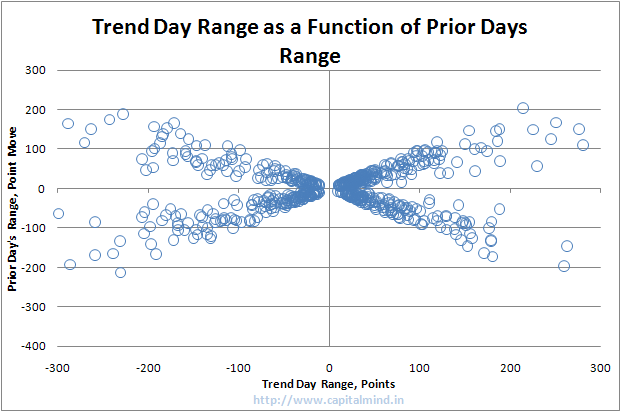 Again, the symmetry is interesting. The 100/200 point days seem to have some seriously huge follow up moves on subsequent days!

But very interesting, no doubt. It took me an hour or so using excel, and I’m using Henry’s work, honestly, and I’d like to credit him for the tough stuff.