I got this as an email from Mr. Prakash Kamath, on a group I’m on. A graph containing the monthly Sensex, Gold and Silver changes over a long time. 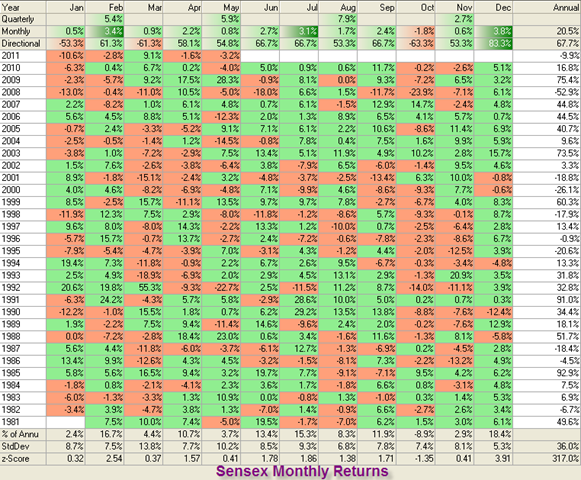 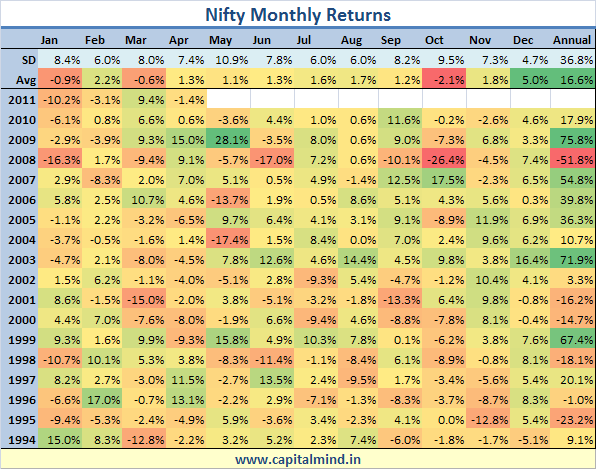 Turns out May is a highly volatile month – the highest standard deviation (10.9%) has happened here. And why not? In May 2004, the index fell to the lower circuit because of the BJP being voted out. In May 2009, the Congress stayed and the Left was out, so the index went to the upper circuit. In 2006, there was a 30% crash in May after the RPL listing. I don’t remember 1998 or 1999 but those were also down and up Mays.

Remember that when people show you 25% growth rates for equity in a long term chart.