I don’t trust the (first estimate of) Index of Industrial Production that is released monthly by MOSPI, because it is subject to so many revisions that everything gets invalidated later. Today, they’ve released the index for November and it is at 317.9, a level that points to just 2.7% growth over November 2009. 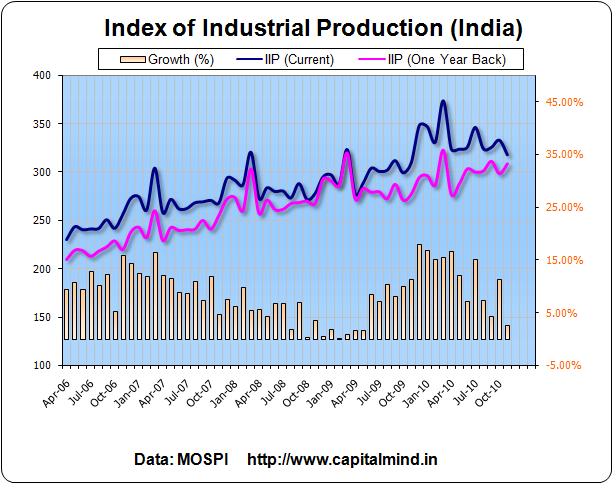 Immediately after this release markets dropped, but honestly, with a data point that is so volatile, and goes through so many revisions, there’s no point reacting to a headline figure. November’s usually weak, but this November’s the weakest in five years (caveat: could be revised later!)

You might find the sub-item charts more interesting, though. 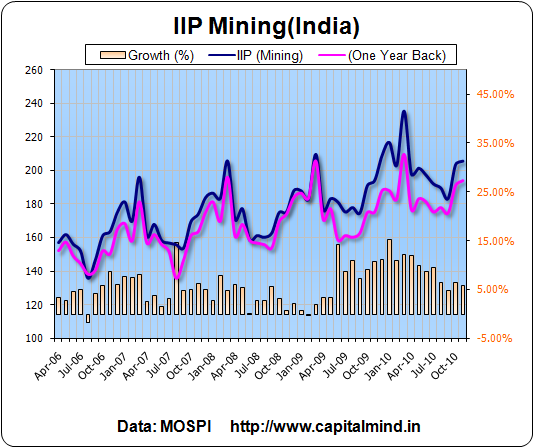 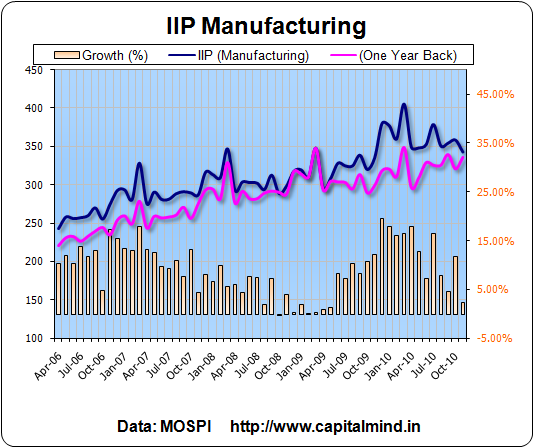 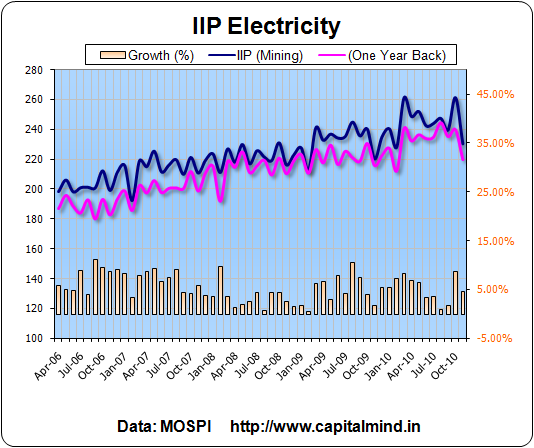