From Markit, the HSBC India Services PMI (Purchase Managers’ Index) showed a dip to 58.9 from November’s 61.3. 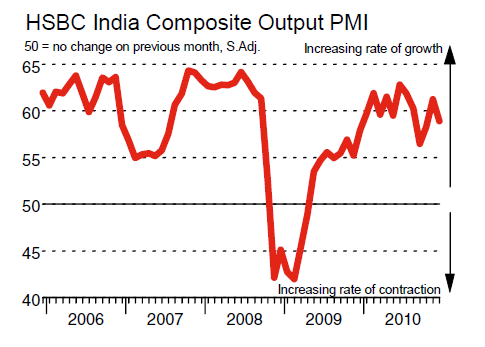 One piece that needs focus:

December data signalled a marked rise in input costs faced by companies in India. The latest rise was the fastest in seven months, and was driven by increased input prices in both the manufacturing and service sectors. Output prices rose markedly during December, and at a pace above the long-run series average. This suggested that Indian companies found it easier to pass on higher costs during the month.

(Read My Earlier Posts On PMI)