Three stocks – KS Oils, Ruchi Soya and Karuturi Global have been hit hard by an Intelligence Bureau report that says these stocks were manipulated. An operator, Vimal Rathod, is suspected to have rigged prices, in some cases in collusions with promoters (allegedly).

Rathod bought shares to push prices up, it seems, and involved the money of C. Sivasankaran, the investor with some kind of midas touch. All these companies have been in the news at various times for fund raising or expansion. While Ruchi Soya and Karuturi Global denied having any links with these guys, KS Oils said an investor CVC sold shares to Sivasankaran.

(While in some cases net profit has gone up, that has been through acquisitions or dilution – the only thing I care about is the EPS)

I’ve traded KS Oils earlier, and have lost some money on the fall from 60. Even with a wide 20% stop I was taken out, and it would indeed be shameful if the fall was all manipulated. 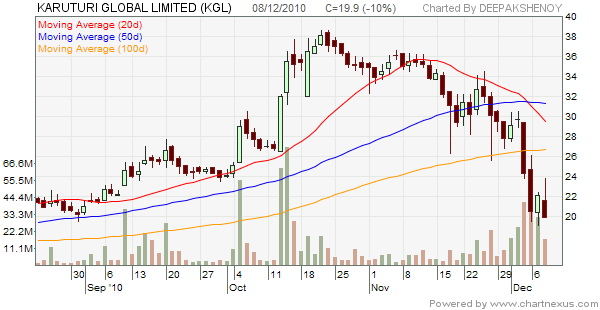 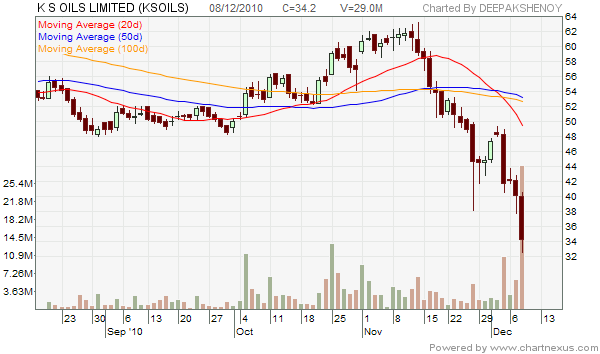 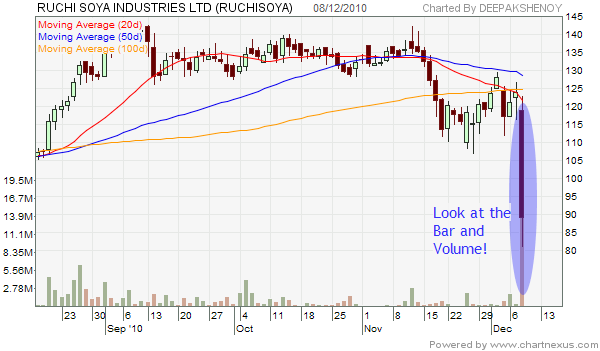 Disclosure: No positions. Thank FSM for that.