Inflation at the Primary Articles Level has gone down to a low 13.38% now, the benefit of a near vertical rise last year. While this is lower than the massive 20% levels we’ve seen, it is still a little too high. Also, since the 2 month ago figures are revised now, it’s interesting to see that the last two revisions are fairly big – the 18th September inflation was reported at 18.31% but the revised data takes it to 18.97%. 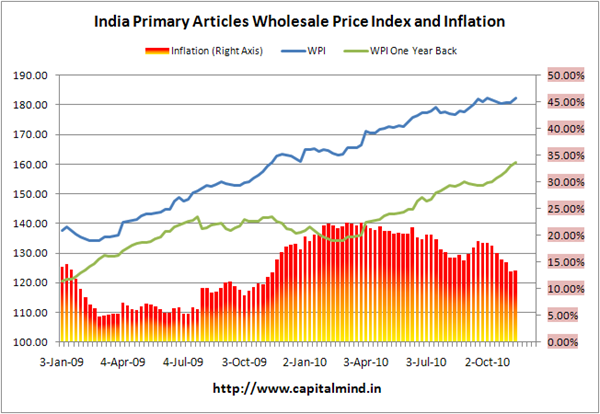 From a Bank Credit perspective, it has risen to a yearly high, to 22.1%. Money supply (M3) is at 15%+, so it seems like the interest rate policy is yet to take effect. 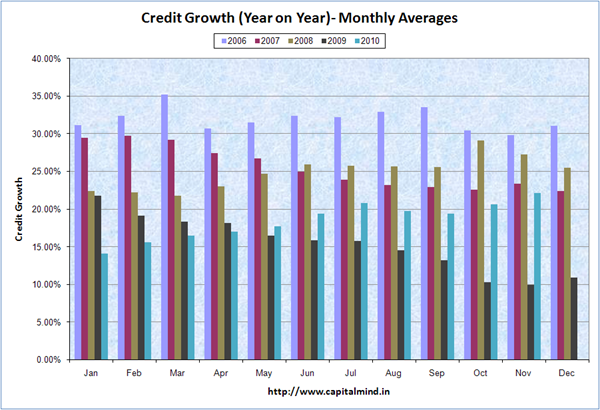 Inflation isn’t necessarily bad – the west desperately wants it, for instance – and at this point it may be under control with food prices likely to soften further after a good harvest. At the monthly level, we are still under 9%.

Bond yields are hovering around 8% (the 10 year was around 7.96% on Friday). That might indicate that there isn’t too much fear of RBI softening even more, but it’s come in a week when stock markets fell a lot, so money might obviously flow into bonds.

At this point, as Europe is reeling, it’s not nice to speak about rising inflation. But that’s what’s happening with China too – and there are serious attempts to curb it. We have a world where one part is affected with gangrene and another with cancer, and what solves one will hurt the other. Unless you find appropriate insulation – which in this case can only be serious trade barriers. Like all things macro, everything will happen in slow motion, so it’s probably better to sit back and wait.