I’m off for a few days to Goa, so posting will be light. Correction: it will be absent. Unless I get blog-sick or whatever you call it.

I gave Varun the digital camera and taught him to click. He’s learned to point and shoot and all that. Two things I realised – Technology’s cool in that I have no problem with him clicking away – worst case, I just have to delete the images. Secondly, that it’s so important to be allowed to fail – in this case, shoot crappy photos – because eventually it’s out of the little failures that you learn. When I was a kid you had film, and it was expensive, and you weren’t allowed to waste it. But after putting his hand in front of the camera a zillion times, Varun figured out how it worked, and perhaps entirely by fluke, Varun clicked photos of his favourite things. 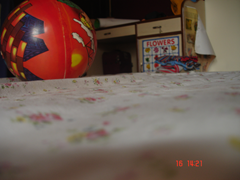 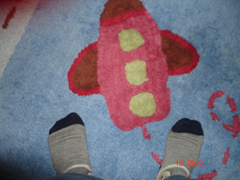 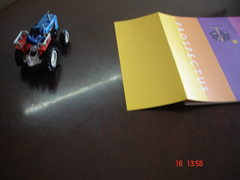 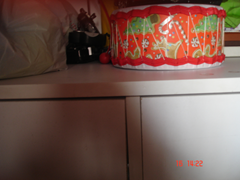 On that note, have a good time folks, and I’ll speak to you next Tuesday.