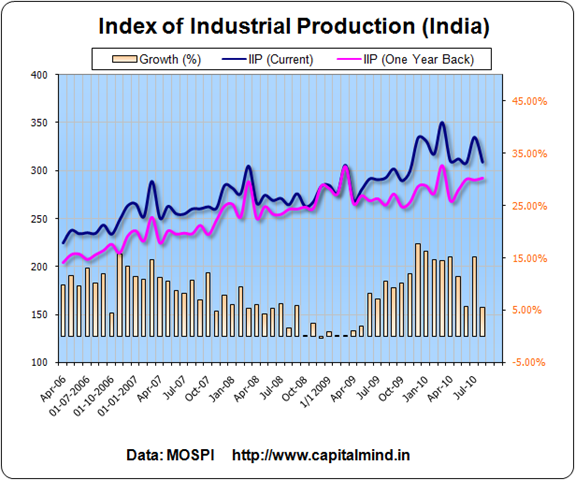 It is useful to remember that IIP is revised in what can only be described as an obscene manner. Consider:

Such 1% revisions are HUGE and therefore current data means nothing. This also means there’s little to infer from even seasonally adjusted IIP figures – the rate of growth is shown from cycle.in: 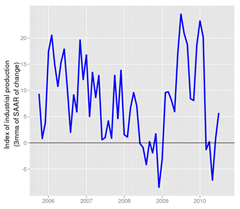 (This does not include the latest IIP report for August)

Markets supposedly fell on the data release but honestly, a 0.73% fall is just noise, hardly attributable to some specific news.