With the new WPI Base series (2004-05) coming into play today, the monthly Wholesale Price Index for August shows an inflation of just 8.5%. 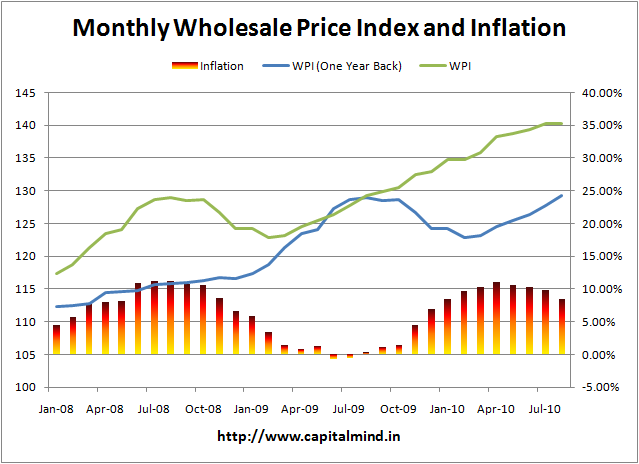 The index has a new “base year” of 2004-05, changed from the old base year of 1993-94. I have a feeling certain elements have been rejigged too. Look at the difference in inflation reported in the two series (the old series had base year 1993-94): 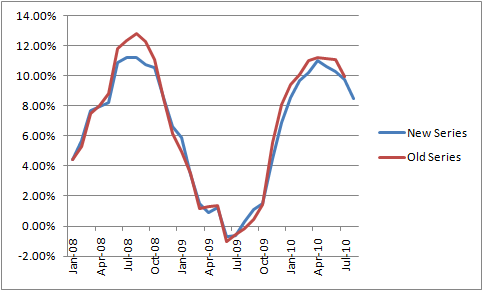 While there is no obvious rigging or such differences, I’m not sure it all adds up. The WPI inflation at the primary articles level is still 15.4% and fuel is > 12%. While manufactured goods and other items take a while to catch up,  and its weight in the new series is slightly higher, it doesn’t seem like it would curtail inflation by that much.

What’s also noteworthy is another upward revision of the June Monthly WPI taking June Inflation to 11.06% from the earlier reported 10.55%.

We might have seen inflation peak for this cycle, with the rains possible increasing food supply later this year, and a high base effect working to our favour. Expect, therefore, real GDP growth to stay high (as inflation remains muted) and regardless, for interest rates to go up because even 8.5% is high. This may not result in as big an interest rate increase as one thinks.