The Nifty reached a relative high today, closing just off the 6,000 mark. 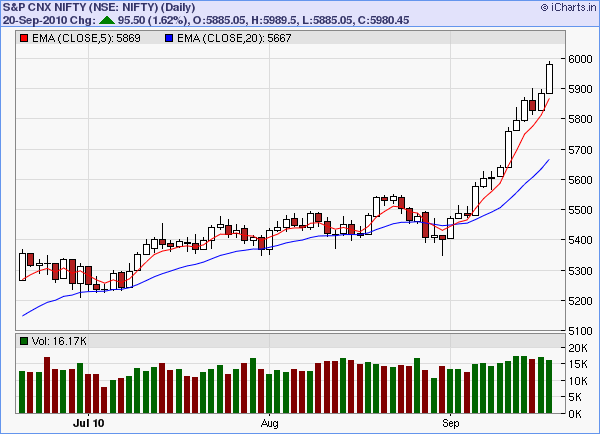 What I don’t like is the volume – typically we should see rapidly increasing volumes, but that has not happened.

Most of the volume has come from FII purchases, though: 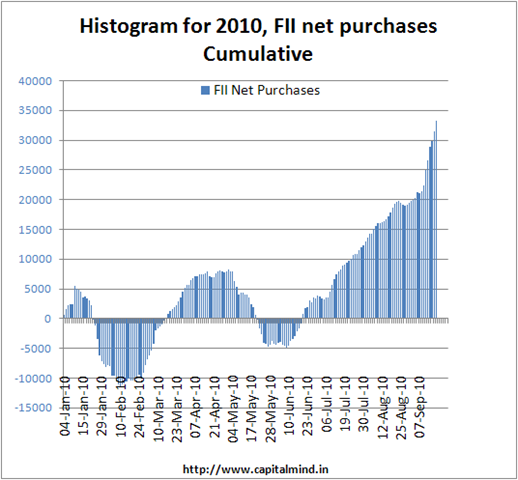 And look at the FII versus DII data for this year: 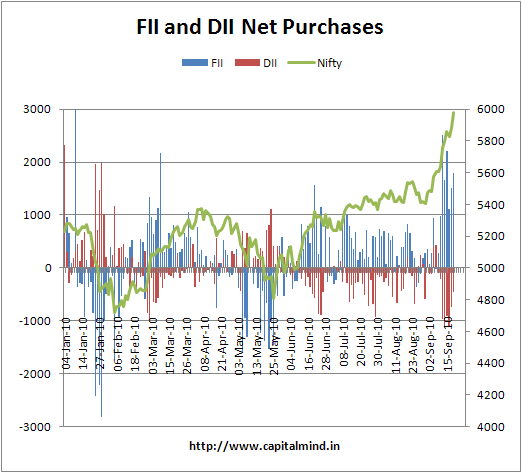 Recently, nearly all the DII Data is negative, while FIIs piled on. A look at valuations – the Nifty P/E ratio today crossed 25 – a sign of overvaluation? The last time the Nifty P/E crossed 25 was 11 Oct 2007, and in three months the P/E reached 28 before the Nifty crashed in Jan 2008. Prior to that, the Nifty crossed 25 P/E in Jan 2000, but a warning – that was based on earnings from annual reports, not quarterlies as the P/E is calculated now. Nevertheless, two things happened similar to 2007 – the Nifty P/E went to 28 before it crashed, and the subsequent crash took four months or so.

But in those days no one was expecting a crash – now, everyone seems to be doing so. 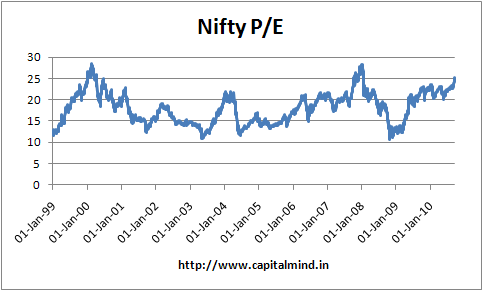 Also, EPS growth is now at a miniscule 6% compared to last year. A look at the Nifty normalized P/E and EPS growth: 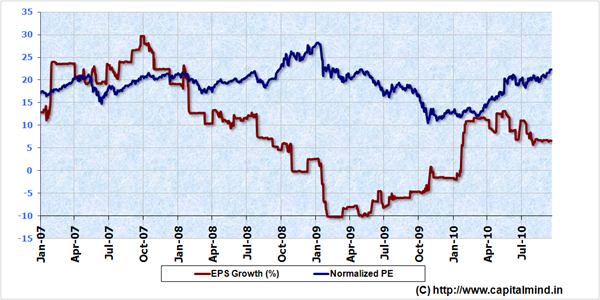 Obviously valuations are stretched, but they could get a lot more stretched before they fall. Unlike the last time, I’m paring down my longs – about 40% long right now, with trailing stops. I don’t care if I miss the rest of this rally, but I keep enough in there for it to be a meaningful ride.

I think we should see a new high, but all bets are off right now. Trailing stops, very short holding periods, and staying nimble is the call of the day.