MOSPI released the Index of Industrial Production (Quick Estimate) for June 2010. The headline general number came in at 7.13% increase over last year. This is the lowest figure since May 2009 and the first sub 10% growth number since Oct 2009. 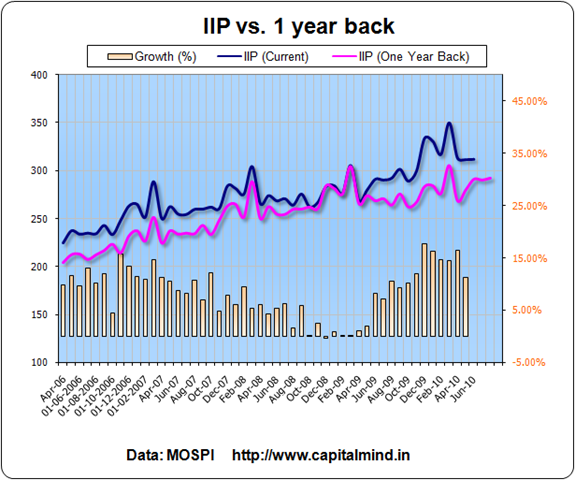 Nothing great about this report, as it’s a dull month in general. Diwali based production should perk up the numbers in subsequent months, otherwise we’re heading for the low single digit numbers for a while.

At cycle.in, they show the IIP appropriately adjusted for seasonality. This is majorly negative (month-on-month change, 3 month moving average) – and it only has data till May 2010, June figures yet to be plotted. Let’s wait for that, perhaps next week. 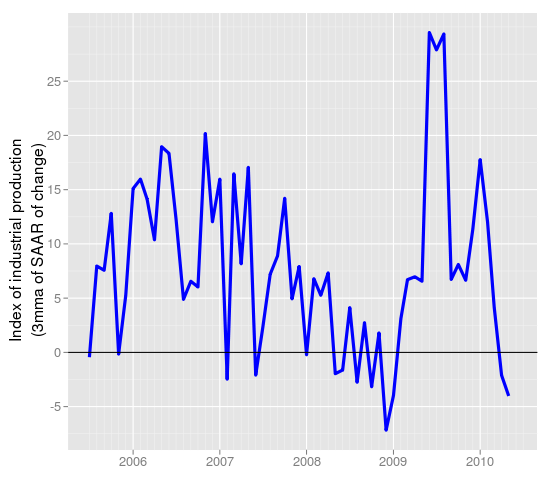