Food Inflation – the “Primary Articles” part of the WPI – is quietly inching downwards, at 14.85%. 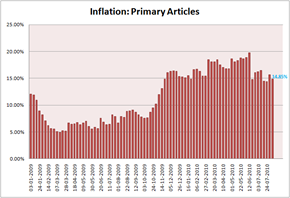 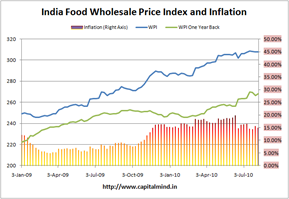 While inflation looks like it’s moderating, what’s really happening is that past data is being revised constantly, and these revisions have thrown the inflation numbers earlier.

The most recent revision is for that of 12th June (2 months earlier) which has pushed up the Inflation figure then to a whopping 19.79%, from an earlier reported 17.60%.

A major concern now is how this data is being corrected. Usually after two weeks a preliminary figure is quoted, and that is corrected after two months. The last weeks have seen tremendous upward corrections. For the week ended May 1, primary articles (food) inflation was announced as 16.44%, but it has now been corrected to 18.64%. (Get Data Here)

Here’s how it goes. 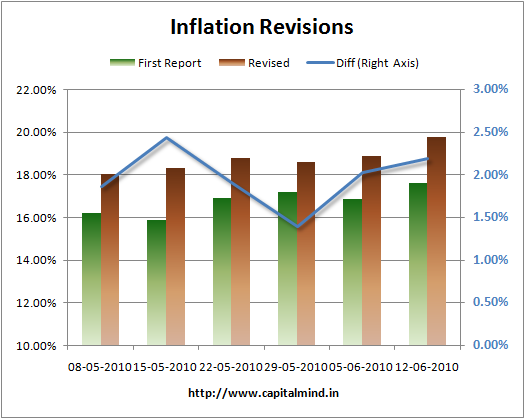 I don’t have access to data before 18/5 right now (the press releases are not archived), so can’t chart prior revisions.