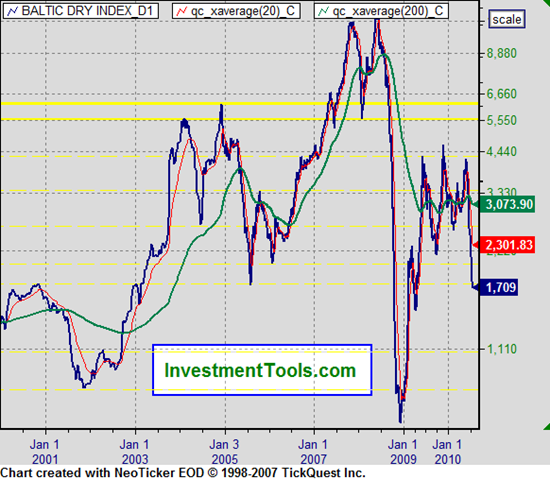 The economist finds the reasons:

Add in the fact that China’s imports of iron ore and coal fell in June by 9% and 8% respectively, and the Baltic Dry seems to be signalling trouble ahead. Melissa Kidd of Lombard Street Research notes that the decline in rates has been greatest for the biggest vessels, the sort used to carry iron ore and coal from Australia and Brazil to China, suggesting weaker demand in the world’s most vibrant big economy (see article). Such ships cost $48,000 a day to charter in late May; they are now down to around $18,000 a day.

China’s steelmakers are certainly being squeezed. Measures to cool property markets have caused prices for construction steel to fall by 17% since mid-April. The price of hot-rolled coil steel used to make cars and domestic appliances has seen a similar decline. Meanwhile the price of the iron ore the steelmakers import as their core ingredient rose by nearly 50% in the first half of the year, squeezing margins. So steel mills could be running down their iron-ore stocks because they see demand falling and because they suspect that ore prices will fall later this year.

There are growing doubts, however, about what the Baltic Dry is actually signalling. The confusion is whether the index is saying more about the supply of ships than the demand for their cargoes. The index spiked dramatically in 2008 as China’s imports of commodities soared at a time when the supply of ships was constrained and port congestion added to demand for capacity (see chart). The financial crisis soon caused the index to fall back but not before this period of dramatic growth in demand from China had prompted a surge of orders for bulk carriers, especially the very largest ones that are used on the China trade routes.

These ships take around three years to come on-stream. Despite the cancellation of some orders the new ships are now flowing in: in the first half of this year the global fleet increased by 23% as new vessels came into service at the rate of 16 a month. There are now 23 such vessels arriving each month, adding to oversupply.

So at one level there are more ships being added. At another, there’s the Chinese slowdown.

Since the April 26 peak in the Dow Jones Industrial Average, crude is down more than 11%. Copper futures — widely watched as a barometer for industrial activity — have declined by more than 13%.

From the above info, it looks like commodity producers are hosed, as are shippers. Shipping Corp of India (SCI) isn’t doing that badly, though Tata steel has been hammered (most of the damage in April/May) 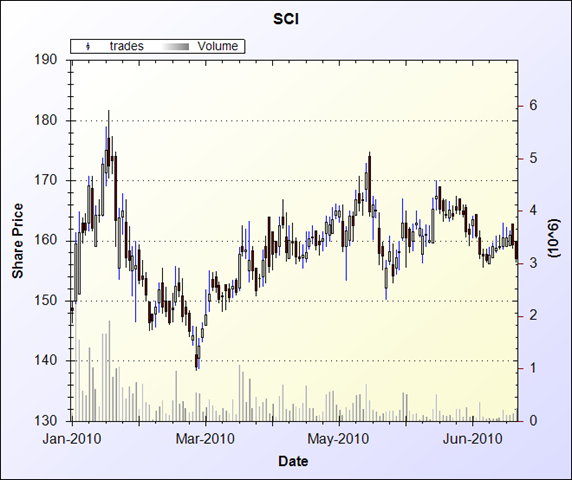 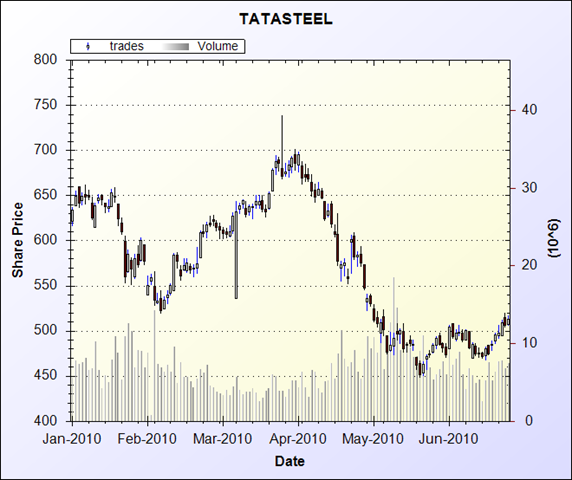 Something is feeling strangely disturbing, I don’t know what. I’ve am very bullish – mostly the charts speaking – but I’m feeling I’ve just missed something important.