While I like to believe India is a great consumption economy, look at the way private consumption has gone in the last thirty years: 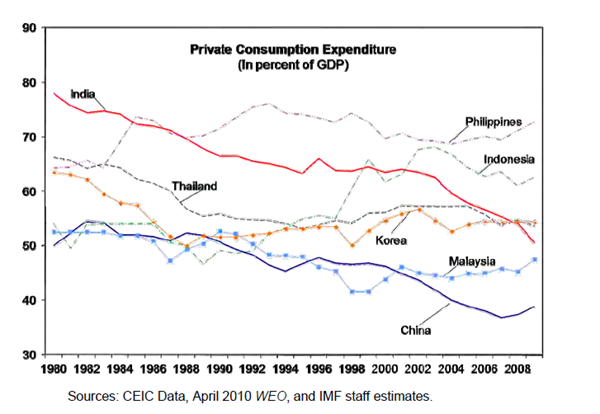 From nearly 80% of GDP, private consumption is now around 50% – that means more and more of our economy is dependant on the other factors: Fresh investment, Government Expenditure and Net Exports. The good thing still is that if we encourage private consumption, we will have the highest GDP impact; but our policies lead us to desire saving instead of spending.

The IMF paper also puts India’s Gross Debt at 79% of GDP, while mentioning the US as only 92% of GDP. When measured using similar criteria, the US would have shot way past 100% of GDP, but that’s the kind of twisted metrics IMF would like to use. (Fine, just sell us all your gold before you die.)

The paper’s interesting but a lot of data needs revalidation.

From Indian official figures too, we’ve seen a decline from 1997. (Source) 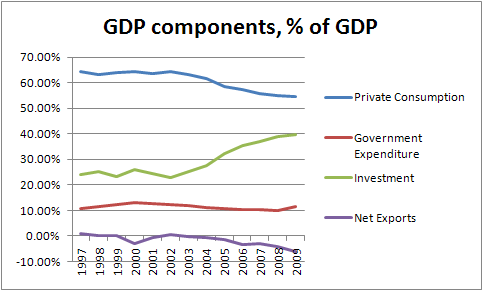 Private consumption has been dipping and a larger amount of GDP has been as investments, or “gross capital formation”. Lots of interesting data there, more charts on another day.