Let’s look at some interesting data. Did someone know about this slightly before the NSE announced it? It was on the wire at 15:09. 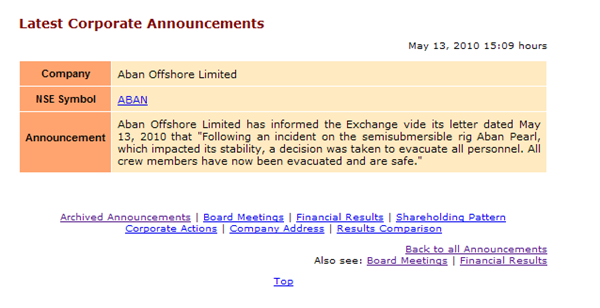 The Stock on the other hand started tanking a little bit earlier, around 2:50 pm. 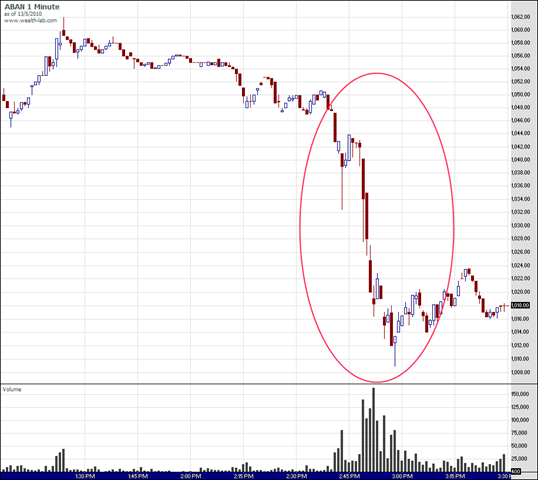 Obviously, people knew earlier or through other sources. And this kind of thing will never get investigated. So the people who speak of efficient markets might want to look at this. And worse, they didn’t even sell enough, it seems – the stock is now at 847, a good 16% below yesterdays closing price.

Let’s now look at impact. The ship might be covered with insurance but it seems – and I don’t have anything but twitter notes to back this up just now – semi-submersibles aren’t in great supply so they’ll take time to get a new vessel. Pearl supposedly was 10% of revenues, and people are concerned it will hurt the Rs. 135 EPS they showed last year.

This is just a placeholder, let’s see how the news plays out.

In this week’s edition, we have 3 research articles from Capitalmind Capitalmind Fundas post – How no cost EMIs work? 5 best conversations from our ...

In this week’s edition, we have Introducing Capitalmind EasyInvest tool. 3 research articles from Capitalmind. A Capitalmind Fundas post. 5 best ...

We launched Capitalmind Premium in 2014. Our aim, to build India’s best research platform for active investors. For those new to Capitalmind, Premium ...