A volatile week on Dalal Street has ended. With the Nifty closing at 5305, the week saw us go all the way down to the 5160 levels and recover from there; FIIs, on the back of the GS story, sold about 1000 cr. in the first two days of the week and bought back all of that in the course of the next three days.

Banks were the strongest through the week. SBI and ICICI Bank led the pack, which HDFC Bank underperformed. 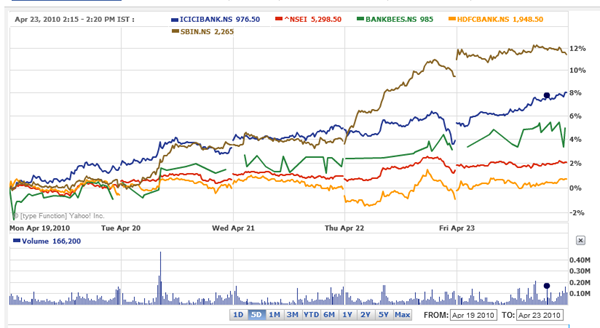 Bank lending went to 16.95% with data of April 9 announced this week. Fairly healthy, I would say: 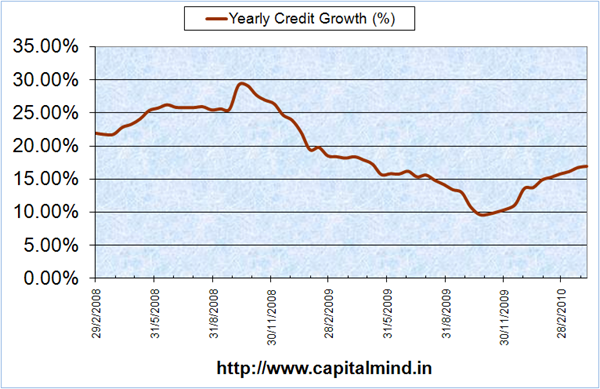 Yet another 12,000 cr. auction went through smoothly – but the yields are going up. The 10 year has inched back to 8.06% from the under 8% levels we saw earlier this week. The 6 year bond is now trading at 7.64% which makes for a fairly steep yield curve. 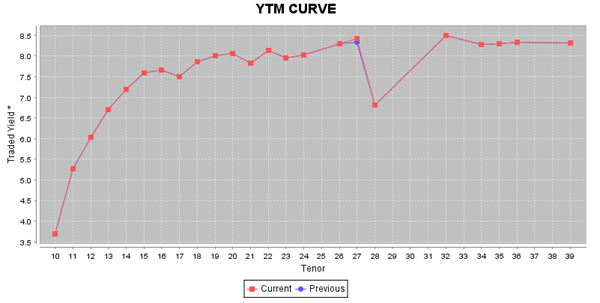 Btw, Steep yield curves are good for banks; remember they borrow short and lend long, so if short term borrowing is cheap and long term is expensive…you get the picture.