At around 12 noon huge selling was seen in nearly all Real Estate stocks. 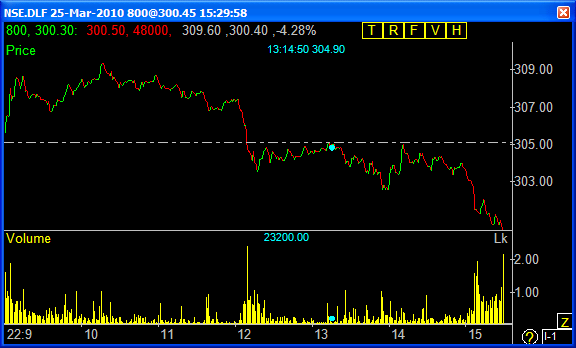 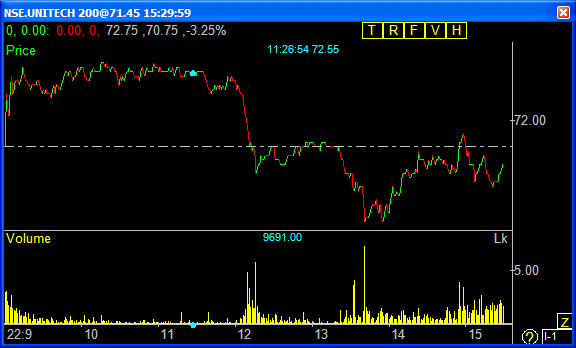 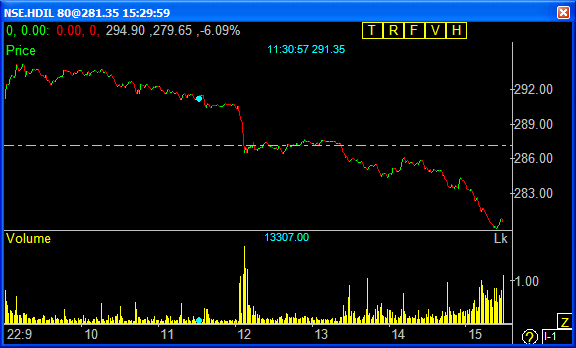 Among the big companies, HDIL was the worst hit, over 6% down. A smaller player, IndiaBulls Real Estate was down 6.8%.

Today’s damage to the Nifty was a mere 57 points – or -1.2%, but a substantial number of stocks were hit badly. The initial reports are because of the interest rate hike – it’s not the quantum of the 0.25% hike that matters but the stance that says we’ll use interest rates and slow down growth to battle inflation. Given inflation is at 10% and probably won’t go below 8%, we have some serious rate hikes coming along. Did this spook real estate investors in the market?

And remarkably, the strongest stock in the index was HDFC Bank which closed up 1%. RCOM and Bharti Airtel ran up nearly 1% each; they have seen serious downmoves recently so it might just be shorters booking profits.

An interesting trade today was the 5200 put. It closed at Rs. 30, but even that is fairly cheap, for a three day bet; it rose from the 21 levels in the last one hour. Straddles are really cheap – the 5200 call is Rs. 35, and with the Nifty at nearly 5200 it’s not worthwhile to short the straddle. Buying straddles is perhaps less useful than directional bets – the odds of another down day seem higher, especially if the U.S. markets follow down.

The weekly charts of Nifty show some congestion around where we are, and we might end up with a down week. 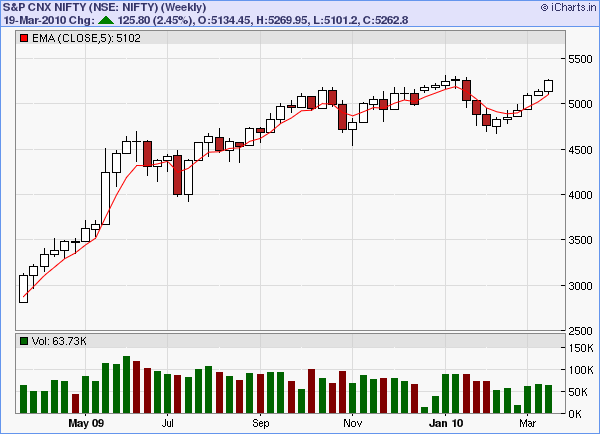 While the world seems to be bearish, I would recommend caution on the way down. The chart pattern on the Nifty is ripe for a breakout in either direction!