With the F&O Expiry this thursday, volumes in the F&O segment have jumped to over 115,000 cr. Nifty closed 0.5% up at 5223, but individual stocks were more volatile.

Cairn was up 3.74% at 295, after news that it revised the Barmer oil potential upwards to 6.5 billion barrels. The earlier figure for it was 4 billion barrels. Cairn’s been doing about 20,000 barrels a day – miniscule in the overall India consumption of 2.7 million (27 lakh) – but they plan to increase it to a more significant 125,000 barrels by mid 2010. 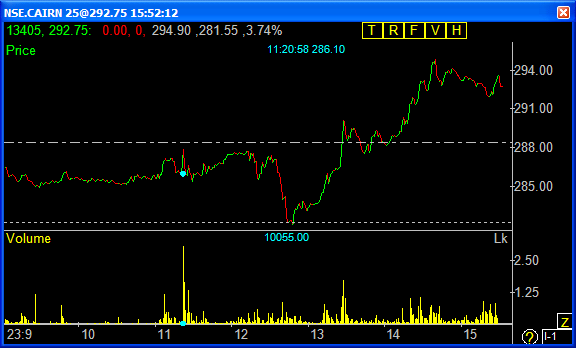 Longer term – the chart doesn’t inspire confidence but definitely short term bullish. Look at the higher volume on the way up. 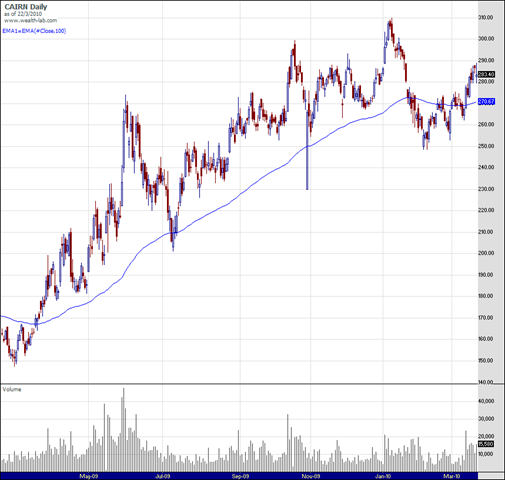 HDFC Bank also looks interesting, with an all time closing high (correct me if I’m wrong) of 1836 broken – the stock closed today at 1884. (Ignore the blips – they are NSE data issues that need to be filtered out) Long term till yesterday: 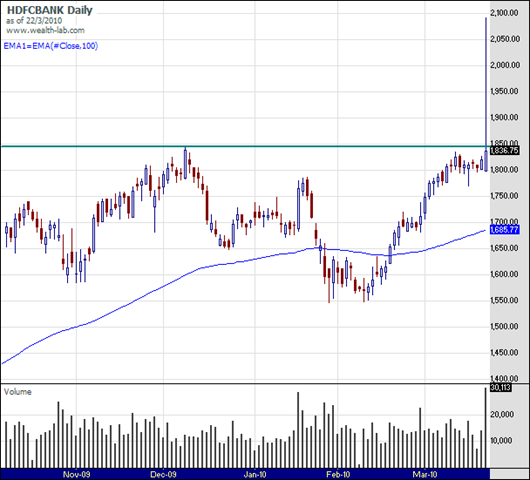 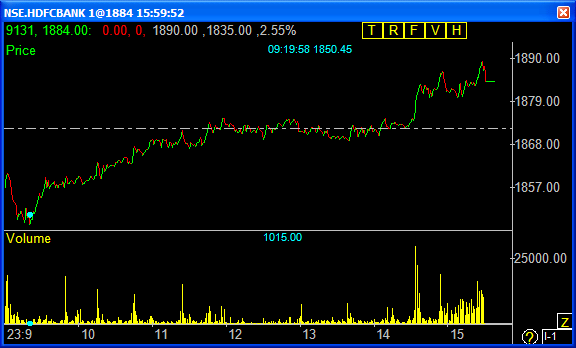 DLF broke down below the 300 mark, closing at 296, despite news that it had bought over a promoter company Caraf, which owns DAL, the company that used to buy most of DLF properties. 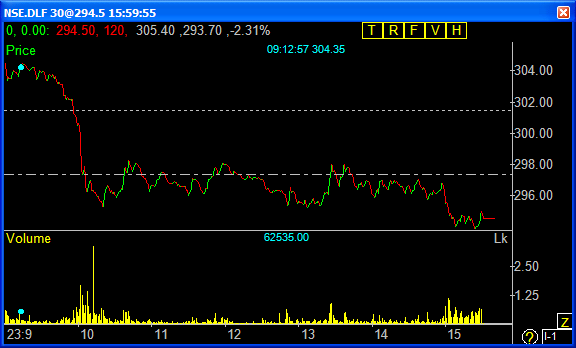 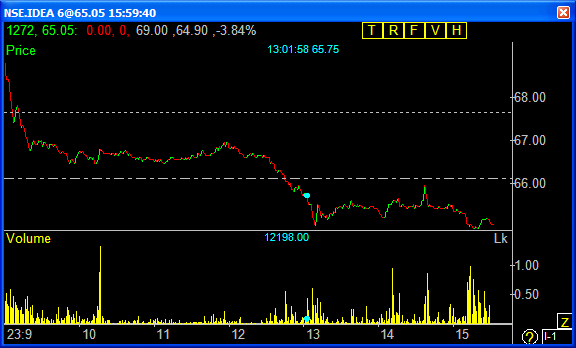 I’m trying out a format that I hope will be able to report a few of the interesting moves every day. I’ll expand this post to include F&O, any jump in stock or F&O volume, any all time highs/lows, and any specific corporate announcements that should be useful. It’s just a starting point right now but I do appreciate all feedback.