Media and entertainment company Network18 Media and Investments Ltd, which has been pumping money into its cash-strapped, loss-making businesses to keep them alive, is finally taking a call on the situation. According to sources, the media company has laid off about 350 employees, mostly technical and production employees from its Web operations. It (the layoff) also includes some journalists, the majority of whom have now joined Zee Business.

According to a source, who wishes to remain anonymous, the company has not offered any increment this year. Even its Web-based commodities operations employees have not received any increment since the last one-and-a-half years, the source added. Network18 has also reportedly closed its technical analysis beat from the Web operations of moneycontrol.com and wants to outsource the same to cut costs.

In November too, Network18 laid off around 200 permanent employees as part of a restructuring exercise aimed at merging broadcast operations of its Hindi and English business news channels. According to a filing by the company to the Bombay Stock Exchange, the ‘one time’ restructuring cost it Rs4.50 crore on account of rationalising the workforce.

Web 18 Financials have been pretty bad: 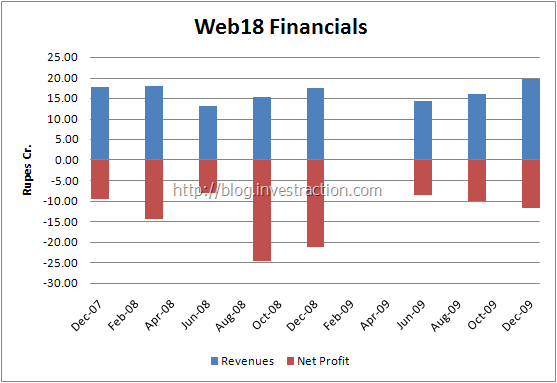 Medianama has some gory internal details of the firings: Severance of two months, immediate fires, layoffs in all verticals of Web18.

This was to be expected. The financials show continuous bleeding and while at Moneyoga I would wonder constantly how anyone could ever hope to compete in the space, when the leader was continuously making losses. The bubble in the media and internet space is still strong, so the Network18 group has been able to continously raise money to fund such losses, and still stay strong. The network 18 financials (across all sub-companies) have also been difficult: 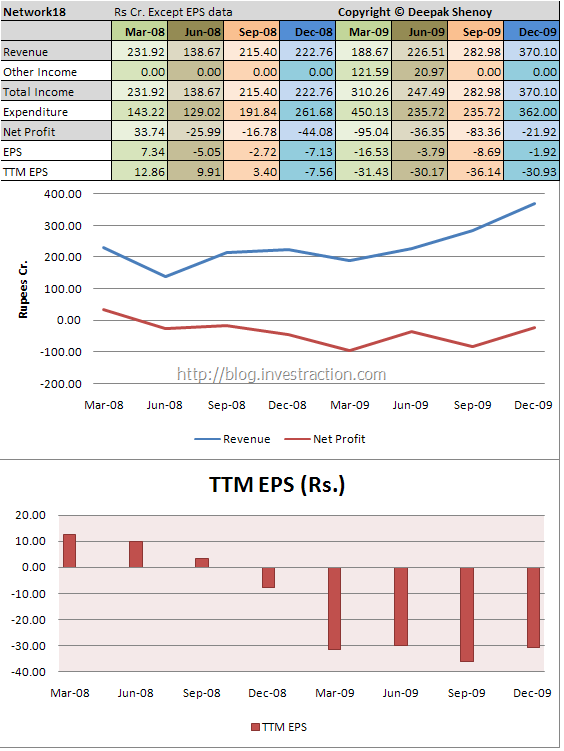