The figures for January are out – the inflation at the Wholesale Price Index (WPI) level is now 8.56%. 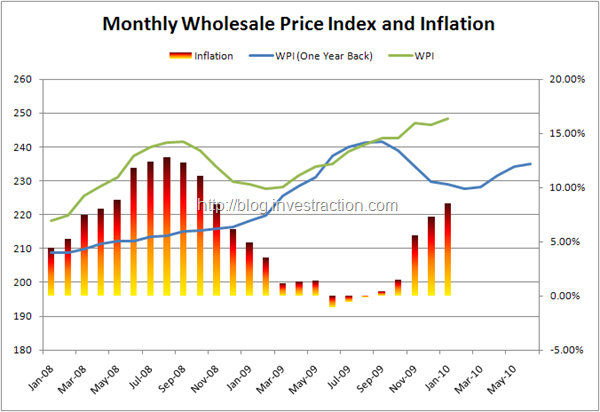 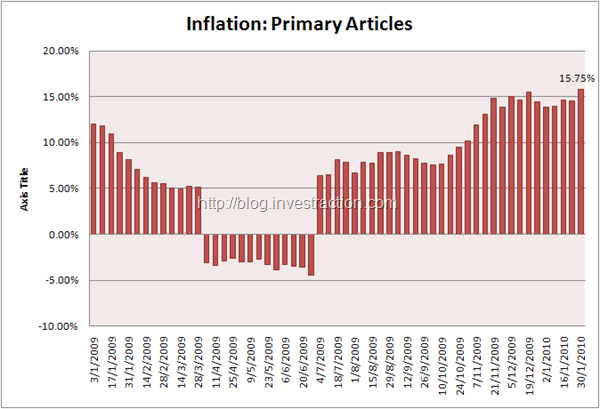 The RBI knows now that raising interest rates isn’t likely to help. But that’s all they can do really – the solution needs to be political. A number of things I’ve heard – anecdotally – suggest the situation won’t get better very soon:

To me, food is a very small portion of my monthly expenses, about half of the rent I pay, so even a 30% increase isn’t going to kill me. But it hurts the poorest of the poor; while as a nation we don’t give a rat’s ass about our poor, it is simply inhuman to let them starve while we consider stupid things like raising interest rates. Even if they don’t starve, the high prices of certain items makes them undernourished as they can’t afford what’s nutritious. It’s not yet too bad – but it’s progressively getting worse. With oil prices set to increase (read: diesel is used to transport most food) this WPI looks like it’s only headed one way: UP.