The Bharti Zain deal is old news now. A quick look at the Zain September 2009 data – nine months of the year only – gives us a view of what Bharti is buying.

As you might notice, Nigeria is the bull in the room. It’s still not profitable with a loss of $88m on revenues of $986m, and accounts for 1/3rd of Zain Africa’s revenues. (Zain does not classify Sudan or Morocco as “Africa”, and is not selling those to Bharti)

Yet, Nigeria has hope; Zain has only 25% market share, and the market penetration is just 45% – scope to grow. Average Revenue Per User (ARPU) in Africa ranges from $3 to $10, with Nigeria at $7. This compares favourably with India where Airtel’s ARPU is $5 (Rs. 230).

If you can’t see the above graphic(s), a snapshot image is below (Click for a larger picture): 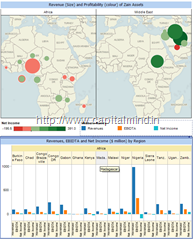 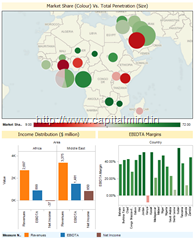 The story from Mint is that Bharti is looking to finance the Zain deal from a $7 billion USD loan – remaining $2bn will be from Indian rupee loans – at a rate of 300 bps (3.00%) over LIBOR. This is suspect – they were offering to pay 320 points for the smaller $3 bn loan for MTN last year; still, LIBOR is at an all time low of about 0.88%. 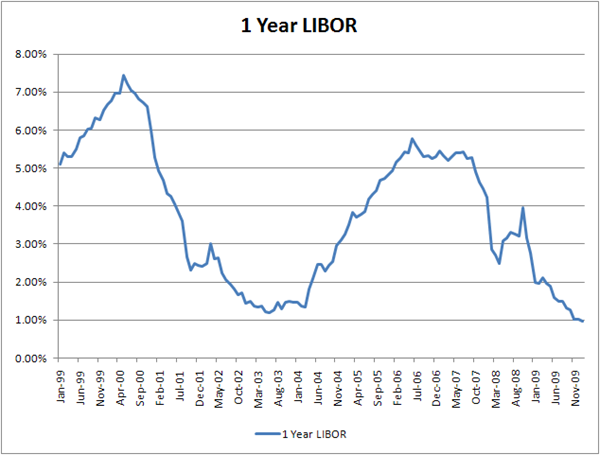 That means they have to improve EBIDTA by $500m just to pay for the deal; currently EBIDTA is $1.3bn, so it’s got to scale by 40% for Bharti to get a chunk. They can definitely improve some bits – tower costs in Africa have been 4x more than India, which can be lowered and internal efficiencies can be improved. The local mafia in Africa will be tougher to handle (they take the lucrative deals and back-peddle commissions) where in India Mittal’s political connections would have helped in the early stages.

I’m not taking a short term call on this stock. If anything each person is supposed to make his own decisions; and I’ll see what the market price has to say. If this deal is immensely profitable, Bharti should hit new highs; if it’s not and Africa is a laggard the prices won’t move. It isn’t a short right now, but it isn’t a buy either; They’re overpaying for the deal but money is cheap nowadays and “expensive” is more affordable than you think. It’s a definite sign of desperation, but I wouldn’t write off a juggernaut like Bharti just yet.