The Index of Industrial Production (IIP) grew 11.7% in November compared to last year. The unadjusted graph: 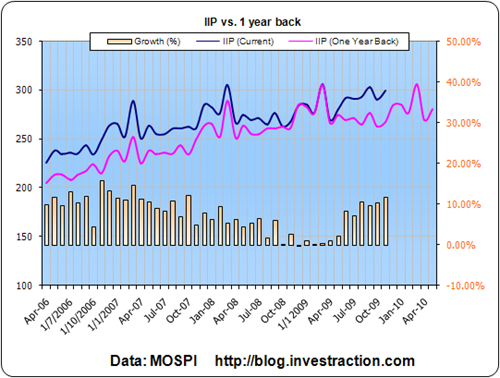 The data has cyclical movements and therefore should be seasonally adjusted (then we can compare month-on-month instead). Ajay Shah has a neat site on at cycle.in with these adjustments – but they don’t have the November data yet. Still, here’s what it has till Oct: 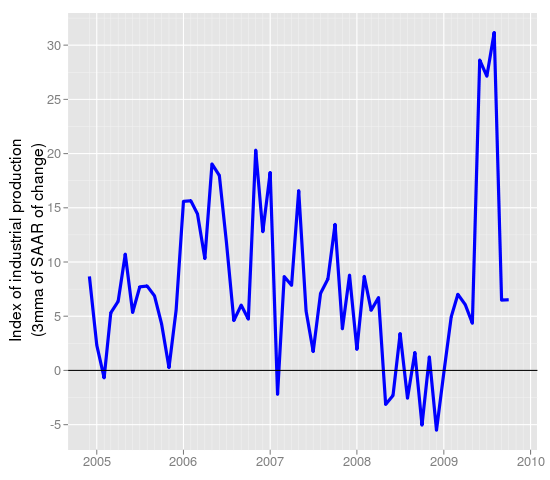 The real IIP growth then, appropriately seasonally adjusted, saw a huge rise to 30% and then tapered back down. But there’s a Diwali Effect around October/November, which has a huge impact on the seasonality in the past data (according to the cycle.in technote)

But the unadjusted graph shows no such differential – either we had an incredibly similar year even though Diwali was in November in 2008 (versus October in 2009) or there’s something shady in the raw data. Given these are “quick estimates” they can be revised later to whatever might look better.

We are in a statistical recovery, so all data points are going to seem positive for a while.