Amidst glorious stock market movements and fantastic upturns, it’s evident that any negative news is going to be looked at with scorn. Still, it’s worth mentioning that the Baltic Dry Index has been taking a toss in the recent weeks. 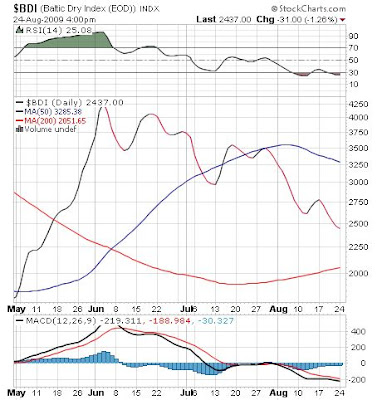 It’s a combination of two things: Vessel supply is going up, with 806 more ships adding to dry-bulk fleets (14% more in dead-weight tons).

Of more concern is China’s dramatic reduction in buying raw materials. China’s been stockpiling a lot of raw material – like iron ore and coal – which has caused port congestion in both China and Australia. This has eased off and Chinese demand is down.

China records it’s GDP as based on production, not consumption – so if they get iron ore and make steel, that’s GDP regardless of whether someone out there is using the steel. Plus, the stockpiling will have helped them convert a good amount of their US Dollar Hoard into something more useful. That it’s stopping can only mean they’ve reached their limits and that demand internally isn’t quite picking up to keep purchasing.

Another product that’s not doing very well is natural gas. 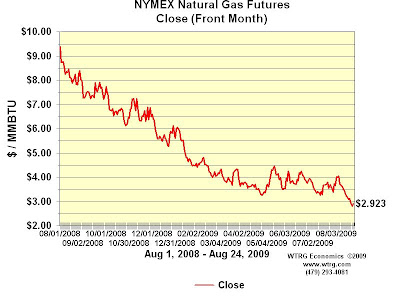 That aside, the chart is telling. Crude holds, but Nat Gas falls? Nat Gas is at or near a seven year low – I repeat, a seven year low. (Nitpick: the low was actually two trading ago) Natural Gas has some huge supply pressure – new drilling techniques have opened shale gas fields in the US. A harsh winter can change things, but the scene is interesting – crude sticking on, gas making long term lows.

Good news: Copper has risen to $2.93, which is a rapid move up from the lows earlier this year. That’s good – Copper has a substantial industrial use and isn’t quite as speculative as crude. 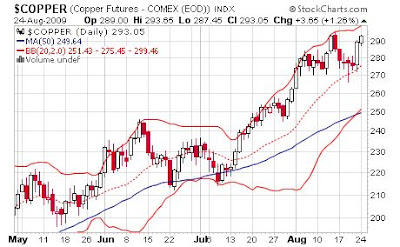 But some say these times could come to an end. China’s copper stockpiling was a reason for the heady rise; and in August, their imports dropped 15%.

As an aside, going long Nat Gas and short oil or copper looks like an interesting reversion trade.

In this week’s edition 🆕 TLDR – a new section where we quickly simplify the “too long” arduous stories that you “didn’t ...

Making a winning stock bet in 2021 has been easier than most years. But it's not every day that a company manages to triple in market value after a muted ...

In this week’s edition 🆕 TLDR – a new section where we quickly simplify the “too long” arduous stories that you “didn’t ...