I haven’t bought a house or apartment, because houses are WAY overpriced ever since I could afford one. Also the rent-versus-buy argument is much skewed in the renter’s favour. The average rental yield, net of costs, is about 2% of property value – speaking from my experience in Delhi, Mumbai and Bangalore. And the current quality of housing isn’t anywhere close to “good” for the price you pay.

But buying a house to live in is hardly limited to economics. People would buy to own – so they can modify the house without taking permission, install split a/cs where the like, or do up a room to make their kids happy. Or whatever. It’s an emotional decision as well.

When I decide to buy – when I can finally afford the price and the serious modification I will need to do – I will not buy an apartment “under construction”. You end up financing someone else’s lifestyle. But there are other, more important reasons.

Typical deals are: you sign on a piece of paper looking at a hole in the ground. The builder promises to give you a “ready” house in say three years. The apartment size is shown to you and the “amenities” you will get, like a swimming pool, a tennis court, water to drink, air to breathe etc. You then get a bank loan for 20 years for some part of it, and the rest will fall in place.

Or so you think.

First, the bank loan is payable to the builder in installments; he gets a certain amount down, then a certain amount on completion of every “slab” and so on. If you build your own house, the bank loan is structured such that you get the money and you pay the builder (again, in installments). But in recent apartments, the builder gets the money directly from the bank, without your being in the loop. Effectively, you are giving the builder interest-free money, while you pay the interest. You have no control over when the money is released, and how much – it’s all part of the loan deal. Without this control, the builder can easily gather money by building “slabs” – the bottom layer of a floor – after erecting tall pillars. The real money is spent in the finishing; building pillars and beams is very inexpensive. Yet, builders get money based on how many slabs they finish, and only a small percentage at the end.

You don’t pay for what you are getting – in fact you pay a substantial amount more until that last payment, a tiny balloon of about 20% of the whole cost. Finishing alone, though, costs a big whopping percentage of the lot – the marble, the bathroom fittings, electricals, doors, paint finish and plumbing.

When you pay an equal installment per slab, you assume expenditure is in the same pattern, but it’s not – the expense is a big balloon at the end, so the builder is effectively getting more until he has to do the big kahoona expense at the end. You’re paying interest for this extra money, meanwhile.

And builders are fickle. They will leverage the extra they get, spending it on building more holes in the ground to sucker more willing buyers; when the time comes to finish a project they hope they’ll have enough money left. In many cases – heck, in nearly all the cases I’ve seen, they don’t finish projects satisfactorily. Promises are broken; some of the things they do when “handing over” property: 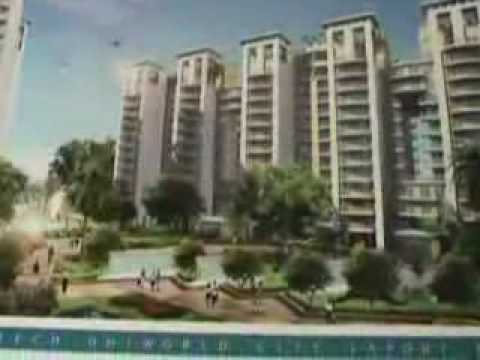 The point is not that you can avoid these messes. You will always have them to some degree even if you build your own house. Yet, it’s about incentives and leverage. You have paid everything upfront. Or most of it. The builder’s made you wait, and now gives you possession with a crappy finish. Are you going to refuse? You’re now willing to take anything – after all, you’ll have paid three years of interest on an increasing amount and rent alongside. To you, it’s literally a take-it-or-fuck-off deal. The only leverage you may have is that if you raised a fuss some other people wouldn’t get suckered into buying the builder’s newer holes in the ground – a ploy that worked for the buyer in the video above, as Unitech took some action after the video became famous.

Even that is not much leverage. New owners get scared that if the mass public got to know of the problems in a complex, property values will fall there. This doesn’t help those that live there – a market price concern is hardly useful when you have to deal with a bad construction situation everyday. Still, people are inordinately concerned with the market price of properties they don’t intend to sell for the next few years. It’s like being bothered that the mobile phone I bought a year back is worth Rs. 5000 less today.

So threatening to kick up a fuss will make you an enemy of your neighbours. Not kicking a fuss means the builder will ignore you. Rock and hard place.

Builders also know they have inordinate leverage just before “handing over” possession. So the latest ploy is to randomly state an increase the size of the apartment, saying the “super built up” area is about 100 sq. ft. higher, so the owner needs to pay up the extra cost at say Rs. 3,000 per sq. ft. You can’t complain – you don’t even know how the “super” built-up area was calculated in the first place, because they don’t give details. So asking for a clarification doesn’t help – they can easily stall you for a long time, and you’ve already paid most of your money. No leverage, and the incentives are working against you.

The worst thing is the waiting time. Nearly every project I know is delayed – from a few months to nearly five years. My parents booked a property in 1980 – they got possession in 1991, with a cost escalation of 100%. That itself has put me off under-construction projects forever.

Prestige Shantiniketan in Bangalore was supposed to be ready two years ago, in 2007 – it’s still nowhere close to being done. (oh, and part of one building collapsed during construction) Brigade Gateway, delays are beyond a year now. In Gurgaon, half finished projects dot the landscape – next door to where I live, a Parsvnath property lies with the front housing done, and the rear part with erected scaffolding for nearly six months of no progress. In Navi Mumbai, properties that looked like they were just about to be ready stayed in that state for the year I stayed there.

Lastly the real estate broker lobby is a pain – they get higher incentives from builders, sometimes even 10% – so they peddle under-construction properties (“holes in the ground”) over ready-to-occupy premises.

Some more forums on the pathetic state of new booking based real estate:

(Note: I haven’t verified authenticity; use at your own risk)

I’ll bide my time. Either I buy land and build my house, or I’ll get a good deal on a ready property which has been used a few years. I might buy “under-construction” at throwaway prices, purely for investment, on an as-is-where-is basis – then I can factor the cost of finishing the rest of the work myself and look at gains. But I’ll pay well to get a ready house: if I’m buying for emotional reasons I would rather not have the worry and pain.